The words “ethical” and “Harry Reid” don’t often go together. And this time, RNC Chairman Reince Priebus is calling him out on it. 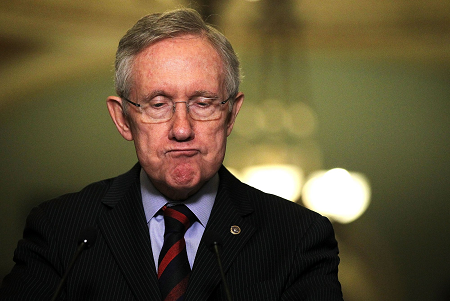 “Well, there is a whole list of ethics rules that the senators and congressmen and House members have to comply with,” Priebus said. “And under Senate rule 2, essentially it says that senators have to use taxpayer money without spending it on political purposes. So we’re alleging that it’s an improper use of taxpayer money when Harry Reid uses a couple things improperly. Number one, when he uses the senate.gov domain web site — that’s a web site that all of you and everyone watching pays for and he uses the staff in order to post things that are clearly partisan, like attacks against the Koch Brothers, things that you don’t know about the Koch Brothers.”

“And an extensive blog site that is clearly a partisan attack against Republicans,” he continued. “He uses his official Twitter account as a senator to put up infographics that are clearly partisan infographics and attacks against Republicans. These are things that most cases, believe it or not, in Washington that senators have a different web site and a different Twitter account to launch these partisan attacks. Not with Harry Reid. He doesn’t use a separate website and a separate Twitter account for these attacks. So he’s clearly using staff, taxpayer money, resources, website, computer equipment to launch partisan campaign attacks on the taxpayers’ money.”

A Democrat ignoring ethics and laws, doing whatever they feel like, and receiving no consequences whatsoever for it? This is shocking, shocking news!