The American flag on top of Reno, Nevada’s city hall building was taken down over the last weekend and replaced by the rainbow-striped gay pride flag. 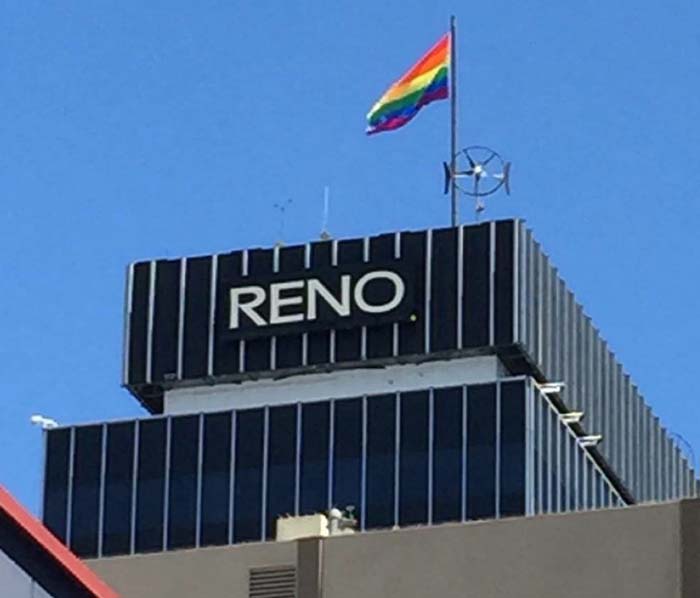 The city council apparently thought it would be a great idea to ditch the US flag in favor of the gay flag and refused to budge on their controversial decision[1] to pull down Old Glory.

The decision to replace the flag has been controversial. Many locals have expressed concerns over the American flag’s removal. Around 9:00 p.m. our Channel 2 News crew was able to confirm the LGBT flag was taken down around 9:00 p.m. Sunday, and the American Flag was put back in its place.

In other words, “dear citizens, we are going to do whatever we want to do, so shut the hell up.”

But by Sunday evening Reno’s mayor began to get cold feet and tried to act like she never knew that the US flag was being pulled down and issued a statement claiming that she demanded that the US flag be replaced atop of city hall.

Sure. She never knew. Taking lessons from Obama?