Representative Steve King is one of our best Congressmen and this weekend he had it exactly right when he said that the Baltimore riots had their start in the “anti-cop culture” that Obama and his Department of Justice has fostered. 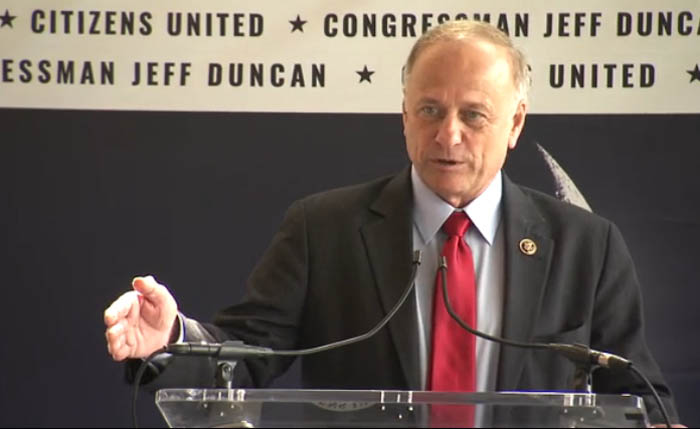 These comments were made at the Freedom Summit in South Carolina this weekend.

Rep. Steve King, R-Iowa, responded to a question[1] about whether President Obama is responsible for the riots in Baltimore, saying, “I’ll say yes. The culture has created that because they drove that culture in Ferguson and it multiplied itself in Baltimore and across the country.”

Rep. King is right. But the Ferguson riots can also be laid at Obama’s feet.