It is beginning to look as though Barack Obama is trying to prevent any further embarrassment over deserter Bowe Bergahl by having top Pentagon officials meddling in the prosecution of the traitor. 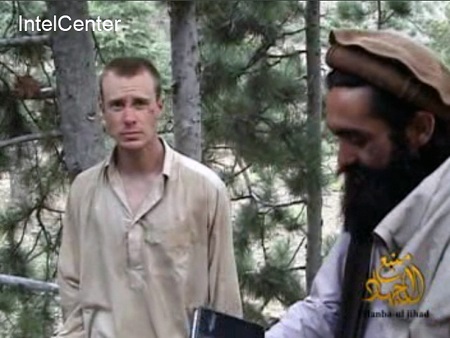 A series of reports from CNN seems to show a disturbing pattern[1] of meddling.

…Barbara Starr, as implying that the two defense officials are only confirming for her why Bergdahl “says” he left base. But the three tweets from CNN’s National Security desk reference two defense officials who say Bergdahl walked off his post to “report what he believed to be problems with ‘order and discipline’ in his unit.” The direct quote from the “second official” reinforces the impression that he and his colleague are speaking to Starr on background, and that rather than merely reporting what Bergdahl “says,” they are endorsing a version of events that is in Bergdahl’s legal favor. Indeed, if Bergdahl “wasn’t fed up; he wasn’t planning to desert,” why is the Army charging him with desertion?

If a defense attorney were saying these things to CNN, I would have no objection. Every American accused of a crime deserves a vigorous defense, including soldiers accused of serious misdeeds on the battlefield. But this appears to be a pair of senior defense officials (the language of which implies to me that these men are likely not in uniform) promoting Bergdahl’s case, undermining the prosecution, interfering with the legal process, and calling into question the character of his platoon mates, who have been critical of Bergdahl and the Obama administration’s actions in the press.

Which is reprehensible. What is the Obama administration’s plan here, exactly? Bergdahl’s defense for abandoning his weapon and walking off his post appears to be that his unit was engaged in incompetent or even unconscionable behavior, which he felt it was his duty to report. Now senior officials are going to leak to the press that Bergdahl has been right all along, and his comrades in arms, who did not abandon their posts in the night, may have (wink, nudge) been up to some bad stuff? That the real hero here is Bergdahl?

Obama once again using lies and subterfuge to make himself look better.