One of the would be murderers who tried to disrupt the “Draw Muhammad” event in Garland, Texas earlier this year apparently got his gun from Barack Obama’s disastrous and murderous Fast And Furious gun sting program. 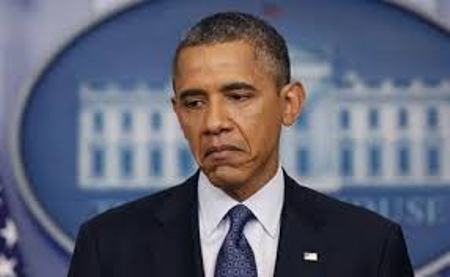 So, Obama directly armed this terrorist[1], it appears.

Five years before Nadir Soofi and his partner were shot to death by a responding officer after launching their failed attack, the 34-year-old reportedly visited a Phoenix gun shop.

According to the L.A. Times, Soofi wanted to purchase a 9-milimeter pistol, but knew prior misdemeanor drug and assault charges would be flagged in the federal screening process. Soofi, thus, went to Lone Wolf Trading Co., a shop known to sell firearms illegally.

The Phoenix gun shop, however, was part of the botched Fast and Furious operation, the L.A. Times reported. Federal authorities were allowing Lone Wolf to sell illegal firearms with the hope of tracing the weapons to drug cartels and smuggling networks.

Nonetheless, Soofi’s attempt raised flags and authorities put a seven-day hold on his ability to purchase a gun from the shop, the L.A. Times reported. However, for an unknown reason, that hold was lifted within 24 hours. Soofi left the shop with a 9-milimeter.

Yes, Obama is now personally arming terrorists through his failed attempts to eliminate the Second Amendment.

And note that if these two terrorists had succeeded in their goal, Obama himself would have been complicit in the murder of free speech advocates.