A reporter who was in attendance at the idiotic White House Correspondents Dinner got herself in a bit of hot water by refusing to stop texting her pals even as everyone around her had stood with their hands over their hearts to sing the national anthem. Now that woman has been outed on Twitter. 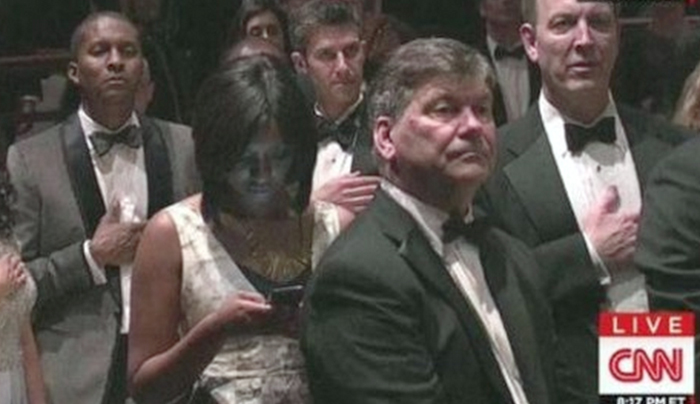 It turns out that the ignorant texter during the national anthem is one Helena Andrews, a columnist for The Washington Post’s “The Fix” blog.

Andrews was slammed on Twitter after she issued this extremely lame excuse[1] for deciding that she didn’t need to pay attention to the national anthem. 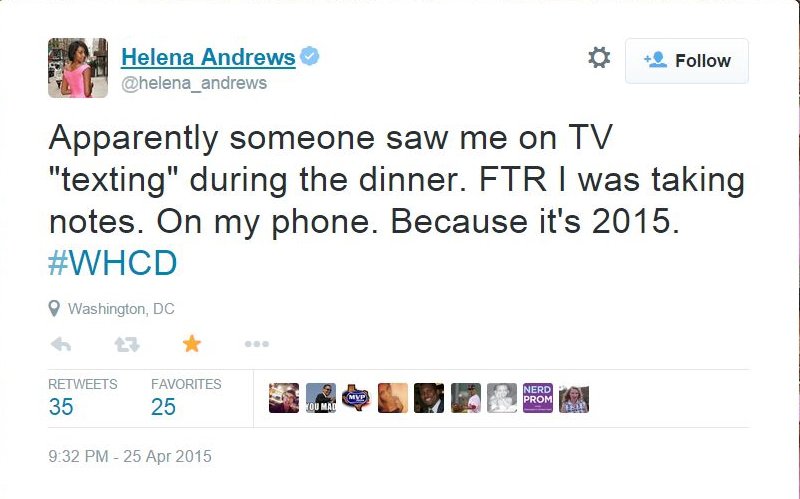 Her lame excuse, though, wasn’t accepted by… well, nearly anyone.

Few accepted that her flippant mention of the year excused her for ignoring the national anthem.

As Twitter user Pam Seiler noted, “We’re all well aware of the year. Respect for the National Anthem is timeless.”

But isn’t this just typical from a so-called reporter? The have no respect for the nation.