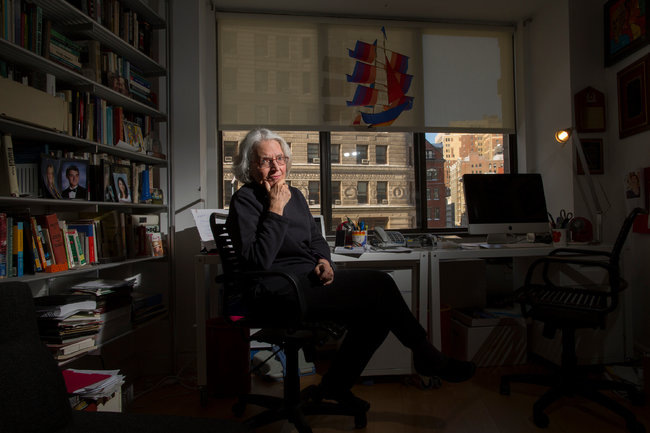 Robert Caplin for The New York Times: At The Washington Post, Betty Medsger was the first to report on the contents of the stolen FBI files. Now, she has written a book about the episode.

Using an agency’s domestic misbehavior to undermine its external security mission is not an exercise in whistleblowing, but an exercise in misdirection and subterfuge to accomplish treason. I believe that Snowden is a traitor and a communist agent. Did it ever occur to America that Snowden had to have help from the inside to pull off what he did? Stealing hundreds of thousands of documents and the keys to the kingdom implies a “manufactured conspiracy.”

There have always been problems with our government and our intel agencies. That is why Americans must be ever vigilant with those in power and be willing to bring the full force of the law to bear against them when they violate the Constitution. Violating the Fourth Amendment and American’s rights is never acceptable. But if you hollow out our intel agencies, you leave America absolutely vulnerable to her enemies from within and without. If taking an oath of service in an agency means nothing and those who serve can feel free to expose secrets and our defenses, then we no longer have any protection. These agencies are being discredited by the Obama Administration, systematically hollowed out as is the military, and re-stocked with Marxists who are willing to carry out a totalitarian agenda. The demonization of Intelligence, is the demoralization of America. A tried and true communist technique. Many are falling into the trap.

Why do you think avowed Marxists such as the treason in tweed crowd at the New York Times and Russia Today support Snowden? If you are known by your friends, what does it say of Edward Snowden[2] that his best buds are Glenn Greenwald[3] (an avowed Marxist), Julian Assange[4] and FSB thug/Russian dictator, Vladimir Putin? Do you honestly think that they are concerned with your Constitutional rights? We are being played.

The New York Times today ran a news article, that I found ‘enlightening’: Burglars Who Took On F.B.I. Abandon Shadows[5]. According to Mark Mazzetti, one dark night in 1971, while most of America was watching Ali and Frazier duke it out, a group of intrepid Vietnam protestors (who I’m sure are Progressive/Marxist in nature) stole files from an FBI office near Philadelphia from operation COINTELPRO. Those files purportedly prove that the FBI was spying on thousands of Americans. What they don’t say, is what kind of enemy within many of those Americans were and still are. All you have to do is look at Congress these days[6] to see the evidence of it. The New York Times says the case was unsolved, until now. Now being a new form of freedom created by the likes of Snowden and Julian Assange. Treason in the guise of patriotism was billed as the perfect crime – more aptly, the perfect act of treason.

These revelations that the stolen documents laid bare, were slowly leaked to the press over time. They exposed spying and dirty tactics employed by the FBI against dissident groups. Let me translate bullcrap for you – the dissidents were and are commies. The thieves no longer fear coming into the light of day – today’s America is commie-friendly don’t ya know.

Background on our somewhat tarnished heroes of the Left[7]:

“When you talked to people outside the movement about what the F.B.I. was doing, nobody wanted to believe it,” said one of the burglars, Keith Forsyth, who is finally going public about his involvement. “There was only one way to convince people that it was true, and that was to get it in their handwriting.”

Mr. Forsyth, now 63, and other members of the group can no longer be prosecuted for what happened that night, and they agreed to be interviewed before the release this week of a book[8] written by one of the first journalists to receive the stolen documents. The author, Betty Medsger, a former reporter for The Washington Post, spent years sifting through the F.B.I.’s voluminous case file on the episode and persuaded five of the eight men and women who participated in the break-in to end their silence.

Unlike Mr. Snowden, who downloaded hundreds of thousands of digital N.S.A. files onto computer hard drives, the Media burglars did their work the 20th-century way: they cased the F.B.I. office for months, wore gloves as they packed the papers into suitcases, and loaded the suitcases into getaway cars. When the operation was over, they dispersed. Some remained committed to antiwar causes, while others, like John and Bonnie Raines, decided that the risky burglary would be their final act of protest against the Vietnam War and other government actions before they moved on with their lives.

Interesting to note that Betty Medsger[9] is a supporter of Bill Ayers[10] of the Weather Underground Organization[11]. So I guess she is an expert on terror and treason.

Among the eight-member ring of anti-Vietnam War protesters were John Raines, who is 80, and his wife Bonnie. John was a professor of religion at Temple University. Also on board was Keith Forsyth, a former Philadelphia cab driver. They were joined by Bill Davidon[12], then a physics professor at Haverford College. The gang of eight (pun intended), called themselves the Citizens Commission to Investigate the FBI.

MSNBC (your Marxist go-to network) calls the documents that were stolen ‘explosive[13]‘:

Among the stolen files: plans to enhance “paranoia” among “New Left” groups by instilling fears that “there is an FBI agent behind every mailbox.” Another instructed agents in the Philadelphia area to monitor the “clientele” of “Afro-American type bookstores” and recruit informants among the “the Negro militant movement.”

“These documents were explosive,” said Medsger, who was the first reporter to write about them after receiving a batch of the files anonymously in the mail. Her book traces how the stolen files led to a landmark Senate investigation of intelligence and law enforcement agency abuses by the late Idaho Sen. Frank Church, and eventually to new Justice Department guidelines that barred the bureau from conducting investigations based on First Amendment protected political activity.

After the burglary, said Medsger, “The FBI was never the same.”

Someone might want to send a memo to the IRS about not investigating groups on the basis of their First Amendment protected political activity. We could call it the Tea Party Memo.

Let’s ignore the fact for a minute that the FBI was looking for a faction of the American communist movement in the African American community – because communism is colorblind and only recognizes its base ideology. Details, details. The FBI was indeed never the same, because the Marxist Left has been doing its damndest to discredit and marginalize it for decades. Before people label every agent a tool of the State, you might mull the fact that they have saved many, many lives in this country. If they violate the Constitution, prosecute them for it. But don’t throw out the intel with the red diaper baby. Look where we are today because of that:

Advance word that the book and film might portray the burglars in a positive light has angered some former FBI agents, including Pat Kelly, who worked in the burgled office at the time. Along with a fellow agent, Kelly was the first to discover the break-in — a scene he still vividly remembers.

“Pat, someone got in our pants,” he recalls his colleague saying as they entered the office. “We found the office in total disarray. Files were all over the place. Paperwork discarded. All the drawers of the desks were ransacked. … I was in a state of shock.”

Kelly said he remains “incensed” by the crime and frustrated that, despite a wide-ranging investigation that at one point involved 200 agents, failed to find the thieves. As far as he’s concerned, the burglars “are criminals, not patriots.”

“I don’t believe such people have the right to take it upon themselves and make decisions’ about what should be made public,” said Kelly, who served as an FBI agent for 32 years until his retirement in 2001. “These are the same type of people that would look upon Snowden as perhaps a patriot when … in my opinion, he was a traitor.”

In response to a request for comment from NBC News, FBI spokesman Michael Kortan emailed this statement: “A number of events during that era, including the burglary, contributed to changes in how the FBI identified and addressed domestic security threats, leading to reform of the FBI’s intelligence policies and practices.”

I expect a whole string of articles extolling the virtues of those who would commit treason to come forward now with the silent approval of Snowden’s antics. There should be watchdogs within the agencies and they should be policed that way. Constitutional violations should not be tolerated, but there seems to be mass confusion out in America today that is being cultivated on purpose. That all surveillance is bad and the agencies should either be done away with or massively restructured. Which is exactly the way Obama and the Marxists want it. They have effectively already done it in the three branches of our government, the military and now our Intelligence agencies. Romanticizing treason doesn’t make it moral or right — it makes it the gateway to totalitarianism and communism.