Having Run Out Of Ideas, Democrats Co-opt Papa John’s Slogan For 2018 Midterms 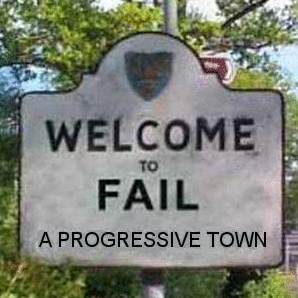 Having failed to be anything other than La Resistance to Donald Trump, having no ideas or policies (other than wanting to take people’s guns away and allow abortion with zero restrictions), the Dems have a new slogan (via Twitchy[2])

This is the Papa Johns slogan. https://t.co/5XMWYkP1iW[3]

(Newsweek[5]) Since Wednesday, November 9, 2016—the day after Donald Trump shocked the world by winning the presidency—Democrats have eyed 2018 as a year of redemption. The midterm elections would be the first real shot to make up for their stunning failure in 2016 and to take advantage of a president who has—at least for now—proved to be historically unpopular.

After careful consideration, likely countless hours of work-shopping, and input from focus groups, the Democrats have reportedly settled on a new slogan and tagline for next year’s midterms. That’s a big deal, since a slogan can be massively important—remember that whole thing about Making America Great Again?

Stein said[8] that a member of Congress “noted that this is the result of months of polling and internal deliberations among the House Democratic caucus.”

If you’re suddenly hankering for a slice of greasy, cheesy pizza with sauce that—hot take alert—is reminiscent of ketchup, it’s hard to blame you. The Democrats’ tagline is eerily similar to that of Papa John’s: “Better Ingredients. Better Pizza. Papa John’s.” The similarity was not noticed solely by your intrepid Newsweek writer. The internet was quick to point it out.

But the real inspiration for the slogan and tagline likely isn’t a late-night pizza order. Ezra Levin, co-executive director of liberal grassroots organization the Indivisible Project, pointed out on Twitter[9] that the new slogan appeared to be co-opted from an op-ed written[10] by Virginia Senator Tim Kaine, who was Clinton’s running mate in 2016.

Well, that might make it worse, since we were told that the Obama economy was super wonderful majorly awesome. Either way, it exposes that things were not particularly great during that time period. But, the slogan has not been officially rolled out yet, and if it is, it’ll get a lot of ridicule.