I have written[1] multiple times on John Podesta’s ties with Russia and how he received money from ventures connected to the Kremlin. And I mean DIRECTLY connected to the Kremlin. While the left was pushing that Trump is tied to Russia, they conveniently overlooked the massive ties that both Hillary Clinton and John Podesta have to the Russkies. I suppose they were hoping that there would be such a scandal surrounding Trump over Russia, no one would take notice that their dealings with our biggest enemy is the real issue at stake here currently.

Nothing has stuck to Trump over this, even with Flynn and Manafort. Both have solid connections to Russia and are dirty. But both of those men are gone and their sins do not translate to sins by Trump. However, Clinton and Podesta individually and personally benefited from Russian dealings and the connections are as clear as day. Podesta argued against sanctions for Russia. Trump did as well, but is shifting on that point. Podesta meanwhile did not file a required by law disclosure showing he made millions from the Russians. 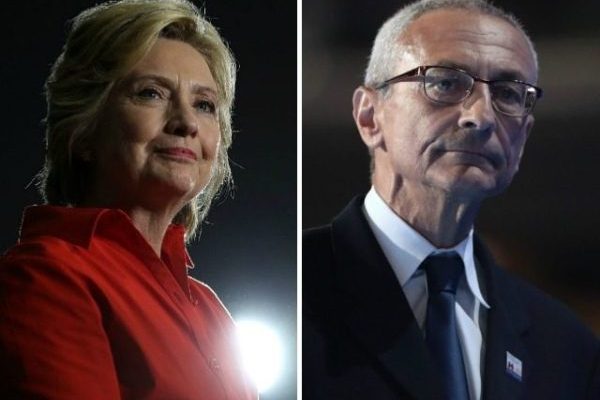 Schweizer said, “In 2011, John Podesta joins the board of this very small energy company called Joule Energy based out of Massachusetts. About two months after he joins the board of a Russian entity called Rusnano, puts a billion rubles which is about 35-million-dollar into John Podesta’s company. Now, what is Rusnano? It’s not a private company, Steve. It is a fund directly funded by the Kremlin. In fact, the Russian science minister called Rusnano, Putin’s child. So you have the Russian government investing in one John Podesta’s businesses in 2011, while he is an advisor to Hillary Clinton at the State Department.”

He continued, “So then in 2013, he goes to the White House, to be a special counselor to Barack Obama, and that requires that you, you know, have financial disclosures every year. In his financial disclosure form in 2013, he not only fails to disclose these 75,000 shares of stock that he has in Joule Energy which is funded in part by the Russian government. He also fails to disclose that he is on one of the three corporate board that this entity has. It’s got this very complex ownership structure. He discloses he is on the company in Massachusetts, that is he on the board of a company in the Netherlands, but he fails to disclose that he is also on the executive order of the holding company. That’s a clear violation of the disclosure rules that needs to be looked at.”

The connections between Podesta, Clinton and Obama to Russia are beyond concerning. Clinton basically gave the majority of our Uranium to the Russians. She also made millions off the development of Skolkovo… the Russian’s Silicon Valley. They are now using those facilities in a cyber war against us. Now, Peter Schweizer, the author of Clinton Cash, reveals how Podesta’s firm, Joule received $35 million dollars from Rusnano, a fund directly funded by the Kremlin. See the video below.

Podesta became a Special Counselor to the President in 2013 for Obama. He didn’t disclose any of this. He was also advising Hillary Clinton and we all know he was her Campaign Manager in the last election. From Schweizer: “What makes the Podesta case clear is there was a transfer of money and there was a transfer of a lot of money that stood to make John Podesta a lot of money. That is unique and that’s extremely troubling because at the time that transfer is taking place he is advising Hillary Clinton at the State Department. We know that from the Podesta emails that he is helping her make personnel decisions, speech decisions, policy decisions. He is meeting with her monthly. It’s a transfer of money from a foreign government, at the time, that is he was advising America’s chief diplomat, Hillary Clinton.”

Podesta even went so far as to have his attorney threaten The Daily Caller[4] with a lawsuit for correctly reporting on all this. They told him to get stuffed. Don’t you think the provable ties here are worth media coverage? More so than the witch hunt against President Trump. I say check everyone out, but where there are provable connections… go after them, no matter who it is.