THIS is the sort of “education” our taxes is paying for, folks. A professor at Rutgers University in New Jersey has said that center-right Americans worship an “asshole” god who hates women and minorities. 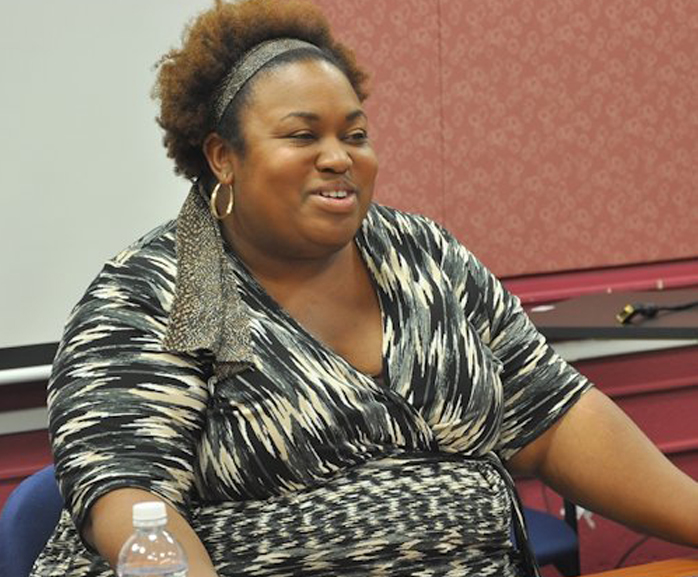 This is the sort of hate for America[1] infesting every last university in the country. And YOUR tax dollars are going to foster this hate speech.

Christianity’s tent is not big enough to accommodate both the supporters of Indiana’s Religious Freedom Restoration Act and Rutgers professor Brittney Cooper, who in a Wednesday piece for Salon blasted both the state’s pre-fix RFRA and the religious right in general.

“This kind of legislation is rooted in a politics that gives white people the authority to police and terrorize people of color, queer people and poor women,” declared Cooper. “That means these people don’t represent any kind of Christianity that looks anything like the kind that I practice…This white, blond-haired, blue-eyed, gun-toting, Bible-quoting Jesus of the religious right is a god of their own making. I call this god, the god of white supremacy and patriarchy…This God isn’t the God that I serve…He might be ‘biblical’ but he’s also an asshole.”

Cooper argued that left-wing Christians “need to reclaim the narrative of Jesus’ life and death” from Christian conservatives, who “have not been good stewards over the narrative. They have pimped Jesus’ death to support the global spread of American empire vis-à-vis war, ‘missions,’ and ‘free trade,’ the abuse of native peoples, the continued subjugation of Black people, and the regulation of the sexual lives of women and gay people. Let us mark this Holy Week by declaring the death to the unholy trinity of white supremacist, capitalist, heteropatriarchy. And once these systems die, may they die once and for all, never to be resurrected.”

Hey, New Jersey, aren’t you glad your taxes are paying this woman’s salary?

But don’t chortle, all the rest of you outside New Jersey. You are paying for the same garbage at your own state’s public universities.