Well, well, well… check this out. Paul Ryan, Speaker of the House, is waving good-bye to the very man who he has described in the past as “his least favorite president”[1] in the history of all U.S. Presidents. 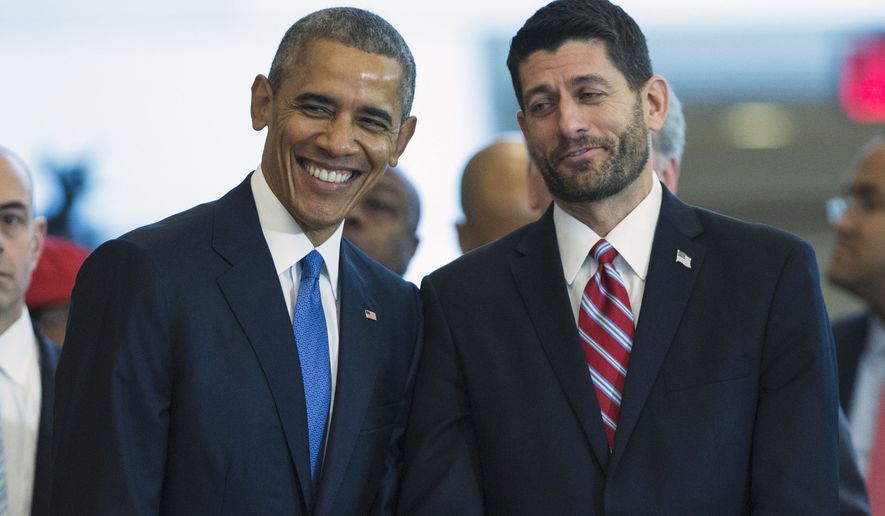 Mr. Speaker of the House posted this picture onto his Twitter and at first glance, the picture appears to be him waving farewell in appreciation for the peaceful transfer of power to the Trump administration.

Here is Ryan waving at the helicopter…

However, the history between Ryan and former President Obama really complicates the image. Many of us know their relations have always been very obviously strained.

In fact, in his 2011 televised response to Obama’s Second State of the Union address, it was Ryan who said:

“There’s no doubt the president came into office facing a severe fiscal and economic situation. Unfortunately, instead of restoring the fundamentals of economic growth, he engaged in a stimulus spending spree that not only failed to deliver on his promise to create jobs, but also plunged us even deeper into debt.”

In 2015, Ryan broadened his attack on Obama, citing the Constitution. In an interview on NBC’s Meet the Press, the newly-elected Speaker of the House told host Chuck Todd that Obama’s 2014 executive action allowing nearly five million undocumented immigrants to stay in the country took any chance of working with Congress on “comprehensive immigration reform off the table.”

Of course from his standpoint, it was Obama who violated the separation of powers in the Constitution. Ryan said Obama tired to unilaterally rewrite the law himself and presidents are not suppose to write laws. Congress does.

This action, among others, prompted Ryan to call Obama “his least favorite president in history.” In a video posted last year on the Speaker’s YouTube channel, Ryan praised James Madison for inserting the “separation of powers” into the Constitution, and castigating Obama for violating Madison’s work.

Despite times in this last presidential campaign where Ryan was obviously very hesitant to support or endorse Trump, he has since embraced President Trump’s inaugural promise of transferring power from Washington, D.C. and giving it back to the rightful owners…

Us, the American people.