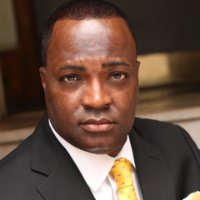 I hate to even use the word “school” for this sort of brainless stupidity, but here we go again having a school attempting to destroy our American traditions and character this time by banning Halloween. Why? Because it is a “religious” holiday and the Constitution forbids religion in schools, of course.

Now you and I both know that the American holiday of Halloween has absolutely no religious connotations whatsoever. But this fool of a school principal has decreed that Halloween is all shot through with that monstrous “religious” stuff and so, because all our founders were 100% against religion–despite that this country was formed on freedom of religion–why we need to dump Halloween, too.

Now, it is true that Halloween has religious roots. It stems from the Christian celebration of All Hallows Eve, a holiday many think was derived from pagan practices. But that original origin does not have its roots in America’s celebration of the holiday.

In fact, Halloween was not much celebrated in the USA before the 20th century, though some immigrants did celebrate it here and there beforehand. It just wasn’t a nationalized holiday until it became a merchandising holiday pushed by Hollywood and the business sector in the 20th century. Halloween in the USA was never much associated with the ancient Christian and/or pagan celebrations. The way we do it is quite specifically American.

But, who needs real history when another nitwit “educator” wants to make a statement against religion, eh?

The principal of Inglewood Elementary School in Lansdale, PA, Orlando Taylor, recently sent out a letter[1] to families saying that he intended to cancel Halloween because it is “religious.”

The headline of the letter reads, “No Halloween Parade or Celebrations,” and goes on to make the outlandish claim that the holiday is religious so it must be canceled.

This halfwit goes on the blame this all on the Constitution and the Supreme Court who, he says, “has ruled that school districts may not endorse, refer, favor, present of advance any religious beliefs.”

Taylor also said, “The school district’s policy directs all North Penn Schools to ‘not’ sponsor or support the celebration of Halloween Parades, Halloween Parties, or dressing in Halloween costumes.”

The Constitution, of course, does not prohibit religion in schools. The Amendment says freedom OF religion, not freedom from religion, after all. Further the mythic “separation of church and state” does not appear in the Constitution at all.

Secondly, the Supreme Court did not say that no religion is allowed in school. It is just that cowards like this Taylor fellow have used the misconception to destroy Christianity for decades.

Amusingly, the school district threw this ahistoric, misinformed fool under the bus and told the media that Halloween is allowed in district schools and this principal is off the reservation on this matter.

Though an abortive attempt, all this really is was just another attempt to destroy America’s Christian roots–even though in this case it was both ill conceived and historically unfounded. Principal Orlando Taylor was merely trying to destroy America’s Judeo-Christian character and found himself left out on a limb for it.