This is an ‘ill-advised proposal[1] that will impose a $25 tax on each firearm and a nickel tax on every round of ammunition sold by a retailer in Seattle.’ That’s outrageous. Hot Air is right, in the end this isn’t meant to raise revenue from taxes, it’s meant to shut down gun stores and get rid of guns. It’s a political trial balloon for the Obama Administration. And I’m not surprised that Seattle was the Progressive metropolis picked for this experiment. These people don’t get what “Shall Not Be Infringed” means in the Second Amendment – what’s more, they don’t care. In the end, this will wind up in court and these fascists will lose. The tax payers will be stuck holding the bill in yet another attempt to strip us of our right to bear arms. Gee, Seattle used to be such a nice place to live. 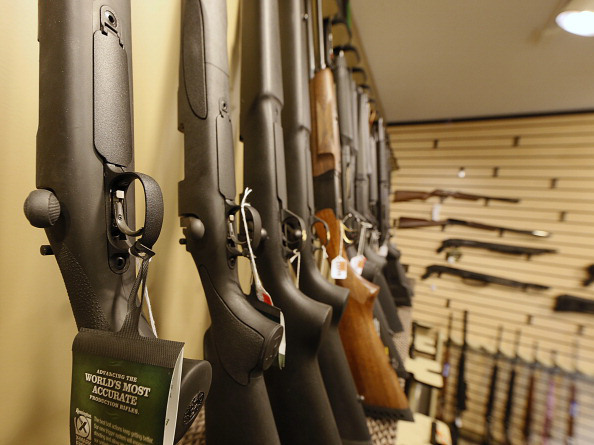 This week the Seattle City Council moved one step closer to imposing a sweeping sales tax on both weapons and ammunition which appears to fly in the face of a thirty year old state law banning such restrictions. A committee vote took place on Wednesday and the proposal will move to a full vote tomorrow. And this is just a bad deal all the way around[3].

The committee voted unanimously this morning to send the proposal to the full city council for consideration next Monday, according to the Seattle P-I.com. Monday’s vote could set the stage for a legal confrontation, and there were hints that existing gun shops could move out of the city, and that gun owners living in Seattle will simply shop outside the city, thus thwarting any dreams that this tax will generate $300,000 to $500,000 annually for the city’s gun control efforts.

Waiting in the legal tall grass are the Bellevue-based Second Amendment Foundation and Citizens Committee for the Right to Keep and Bear Arms. They’ve already advised against the tax proposal, primarily on the grounds that it will violate the state’s 30-year-old model preemption law.

Even if this move were to pass muster in terms of the state’s preemption law, it is bound to accomplish very little beyond the thinly veiled intent of punishing lawful gun owners and gun shops. A tax such as this is certain to do almost nothing to total volume of sales except for those truly living on the edge and simply shifts business from one location to another. NRA ILA summarizes the concept[4].

The burden of regressive taxes like the Seattle proposal falls squarely on those that are least able to afford them. Persons of means will simply drive outside the city to purchase firearms and ammunition, while those without such options will be forced to go forego their rights or pay the tax. This is especially egregious considering how those at the lower end of the economic scale also tend to reside in areas where violent crime is the highest. One wonders whether this type of social engineering on the downtrodden is an intended feature of the legislation rather than an unfortunate consequence.

Supporters are claiming that this tax could bring in a half million dollars in revenue, but under the best of circumstances that sounds vastly inflated. It also doesn’t take into account how much it could affect the local market. As one local gun dealer pointed out, it’s a competitive sales space and they already sell pretty much on the margins. If he has to jack up the price of a ten or fifteen dollar box of ammunition by five dollars, shooters will simply go outside the city limits and buy their rounds where the tax is not applied. The same goes for new gun purchases. If sales plummet, the tax revenue goes down by default and if the shops close, the revenue disappears entirely.

Of course, that’s been the idea all along. This isn’t a tax intended to raise revenue for vital services. It’s a political statement. That’s why the supporters of the proposal even call it the gun violence tax[5]. They’re not expecting to raise cash or reduce violence. They’re simply looking to show their base constituents how “serious” they are about restricting gun rights. The irony behind all of this is that the city will doubtless face a series of expensive lawsuits if the tax is put in place and they’ll probably lose. In the end they will wind up getting no revenue and the taxpayers will be stuck with the bill for the court costs and associated expenses.

City officials estimate the new tax will collect between $300,000 and $500,000 a year, which is laughable. The gun businesses there are already cut to the bone marginally. They will leave and there go the taxes. This is more of a way to backdoor banning guns. People will also move because of this and a city that doubled down on stupid for raising the minimum wage the way they just did, will now get hit with the after effects of chasing off all those that value their constitutional rights. The Progressives will also leave those in crime-ridden areas… in fact, everywhere in Seattle… at the mercy of violent criminals. They will have no way to protect themselves. As Hot Air put it, “One wonders whether this type of social engineering on the downtrodden is an intended feature of the legislation rather than an unfortunate consequence.” Indeed.