If U.S. Secretary of State John Kerry has his way the United Nations will be able to say if Americans are allowed to have their Second Amendment rights. He has just signed an anti-gun treaty with the United Nations that the U.S. Senate has already said it is against. 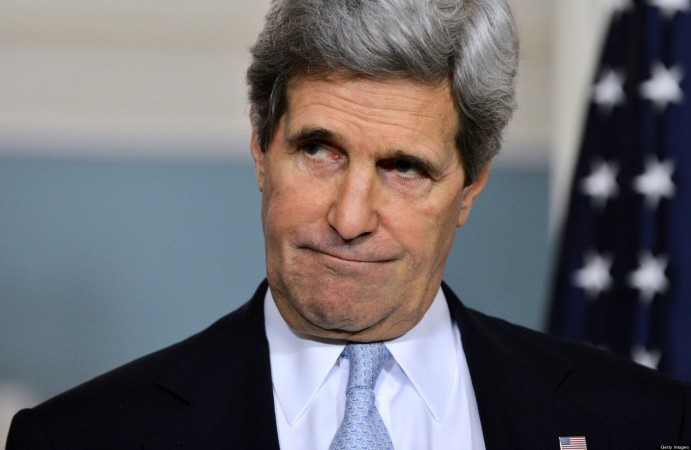 The treaty Kerry signed[1] without authorization from the Senate would create an un-Constitutional registry of all US gun buyers and would lead to the UN controlling American’s gun rights.

Secretary of State John Kerry on Wednesday signed a controversial U.N. treaty on arms regulation, riling U.S. lawmakers who vow the Senate will not ratify the agreement.

As he signed the document, Kerry called the treaty a “significant step” in addressing illegal gun sales, while claiming it would also protect gun rights.

“This is about keeping weapons out of the hands of terrorists and rogue actors. This is about reducing the risk of international transfers of conventional arms that will be used to carry out the world’s worst crimes. This is about keeping Americans safe and keeping America strong,” he said. “This treaty will not diminish anyone’s freedom. In fact, the treaty recognizes the freedom of both individuals and states to obtain, possess, and use arms for legitimate purposes.”

U.S. lawmakers, though, have long claimed the treaty could lead to new gun control measures. They note the U.S. Senate has final say on whether to approve the agreement.

Sen. Bob Corker, R-Tenn., in a letter to President Obama, urged his administration not to take any action to implement the treaty without the consent of the Senate.

He claimed the treaty raises “fundamental issues” concerning “individual rights protected by the Second Amendment of the United States Constitution.”

The National Rifle Association blasted the plan, claiming it would impose an “invasive registration scheme” by requiring importing countries to give exporting countries information on “end users.”

“The Obama administration is once again demonstrating its contempt for our fundamental, individual Right to Keep and Bear Arms,” Chris Cox, executive director of the NRA’s Institute for Legislative Action, said in a statement. “These are blatant attacks on the constitutional rights and liberties of every law-abiding American. The NRA will continue to fight this assault on our fundamental freedom.”

Once again Obama’s regime tries to end the Second Amendment by stealth.