SECURITY FAIL: TSA Fails to Identify 73 Aviation Workers Who Had ‘Links to Terrorism’

While the TSA makes you take your shoes off in the airport–supposedly to stop terrorism–they aren’t bothering to even screen the airport’s own employees, apparently. News broke today that the TSA didn’t catch 73 aviation employees who had ties to terrorism. 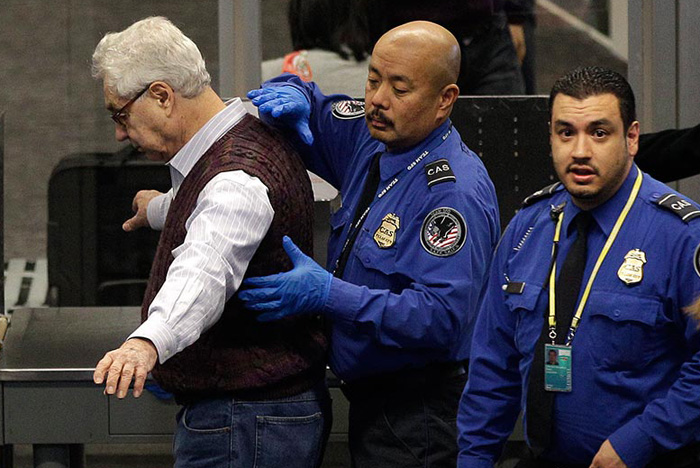 Apparently the TSA approved 73 workers tied to terror[1] and gave them access to secure areas of airports all across the nation.

The Transportation Security Administration granted access to secure airport areas to 73 aviation workers with “links to terrorism,” according to a new report from the Department of Homeland Security’s Office of Inspector General.

The audit, released Monday, reveals that TSA was unable to vet out 73 individuals with terror-related category codes because the agency did not have enough access to terror list information.

“According to TSA data, these individuals were employed by major airlines, airport vendors, and other employers. TSA did not identify these individuals through its vetting operations because it is not authorized to receive all terrorism-related categories under current interagency watchlisting policy,” the redacted report reads.

“TSA acknowledged that these individuals were cleared for access to secure airport areas despite representing a potential transportation security threat,” it added.

The new audit comes on the heels of another damaging Inspector General report on TSA’s security measures, which found the aviation security body was unable to detect fake bombs and weapons in 95 percent of trial runs. Revealed last week in an ABC News report, the OIG’s findings resulted in the Acting TSA Administrator, Melvin Carraway’s, removal from the post.

So, while the TSA is frisking old ladies and little kids, they are letting known terrorists wander around every airport in the nation? Nice.