Since President Obama so triumphantly marched across the Edmund Pettus Bridge earlier this year to celebrate Bloody Sunday–the attacks on civil rights activists that helped bring the 1964 Civil Rights Act–the city of Selma has descended into a morass of gang warfare, drug use, murder, and crime. So, what was really won on Bloody Sunday? 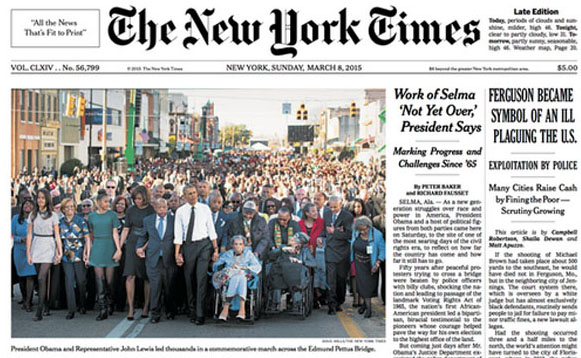 Civil Rights activists descended on Selma in March to celebrate the incident that led to civil rights success in the U.S. but then they all left leaving Selma a burning cauldron of crime and destruction[1].

The triumphant moment left many observers around the world with a sense that perhaps Selma had transcended its violent, racist past in the decades since Bloody Sunday.

But in the months since the reenactment of the March on Selma, the city’s slums have descended into a period of frequent gang shootings and open-air drug dealing, leaving residents gripped by fear and police struggling to clean up the streets.

The peak of Selma’s gang violence problem came about seven weeks ago, when shootings were being measured per week, rather than per month or per year, according to Michael Jackson, district attorney for Alabama’s 4th Judicial Circuit.

So, what was really won? And why have Democrats now turned their backs on Selma?