Harry Reid recently said that Republicans have “taken leave of their senses” and criticized them for standing against anchor babies and giving illegals fee citizenship despite breaking our laws to get here. But now video from 1993 has surfaced showing a Harry Reid attacking illegals himself. So, it appears that Harry Reid was against illegal immigrants before he was for them. 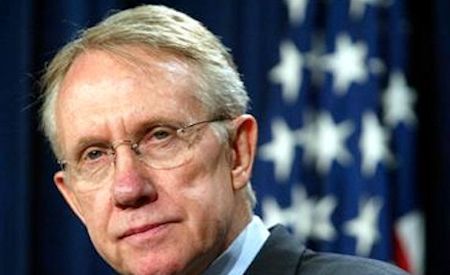 In 1993 Reid went to the floor of the Senate to attack illegal alines saying, “If making it easy to be an illegal alien isn’t enough, how about offering a reward for being an illegal immigrant?” Reid asked. “No sane country would do that, right?”

He then attackedthe idea of rewarding illegals with U.S. citizenship and went further saying, “Is it any wonder that two-thirds of the babies born at taxpayer expense in county-run hospitals in Los Angeles are born to illegal alien mothers?”

But now, all of a sudden he is 100% for giving away the store to law breaking illegals? Will someone call him on his hypocrisy?