SHOCK: DNC Staffer Reported To Have Bragged He Could Have People Tortured 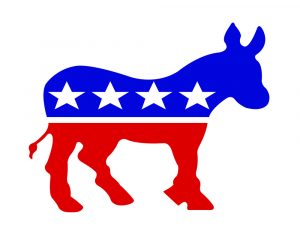 An IT staffer who worked for several House Democrats is now being reported by a fellow Democratic aide that Imran Awan had personally boasted to him that he could “have people tortured” in his home country of Pakistan.

Imran Awan was arrested in July of this year after working as an information technologist in Congress for 13 years on charges related to bank fraud. He was arrested in the Dulles airport before he could escape to Pakistan. He was only fired by Rep. Debbie Wasserman Schultz after she found out he had been arrested.

So far, Rep. Wasserman Schultz has responded to questions about her relationship with Imran Awan by claiming that everyone who cares about this possible massive security breach is an Islamophobe. Asking about Awan’s charges of conspiracy, false statements, bank fraud and unlawful monetary transactions[2] is clearly the work of an Islamophobe.

The Democratic IT aide who spoke on condition of anonymity quoted what he heard in his conversations with Awan:

Awan would say, “…I have these guys that work for the Faisalabad police department, and all we have to do is pay them $100 a month and they take them over to the police station, strip their clothes off, hang them upside down and beat them with a shoe. And that person will work hard and be loyal from then on.”

The IT aide said that the response from the listeners, all three of them, were, “What a f**king monster.”

This conversation happened several years ago in the House cafeteria. The aide said that Pakistan was brought up because Awan wanted to build CRM software (customer relationship management) in that country. He said that he planned on lying to the government, because they insist that their IT staff are American. “We can say that they’re American, but really they’ll be in Pakistan.”

Awan isn’t the only one in his family that’s under suspicion.

In 2016, over $120,000 worth of equipment including iPads were discovered to be missing from Democratic Rep. Yvette Clark’s office. Awan’s brother Ibid was her IT staffer.

Invoices for equipment sent to the Awan household were falsified to show that all purchases were at most $499, which is the cutoff at which the administration must investigate equipment purchases.

As well, Awan’s younger brothers Abid and Jamal were shown to be in the employ of the House, but so far they have not been charged with any crimes related to the House.

May I Have Your Attention Please:

Imran Awan's status hearing is TOMORROW, Oct. 6th. We all need to be tweeting about it. #ThursdayThoughts[3]