Just when we thought that Liberals couldn’t be anymore ignorant or obnoxious, they found a way to halt the “travel ban” through the 9th Circuit. Although it’s not over and Trump has already reassured us it isn’t…it is still quite frustrating that they cannot take their heads out of their butts long enough to see that they are messing with the safety of themselves, their families and loved ones and their country.

They just don’t care about what is right…they only care that THEY are right. Even when they are wrong.

However, now things have gotten even worse.

Syrian President Bashar Assad has just confirmed through a Yahoo News exclusive interview that the truth is some of the refugees that have and are entering the US are “DEFINITELY” terrorists.[1]

“Those terrorists in Syria, holding the machine gun or killing people, they [appear as]peaceful refugees in Europe or in the West.” Assad said. 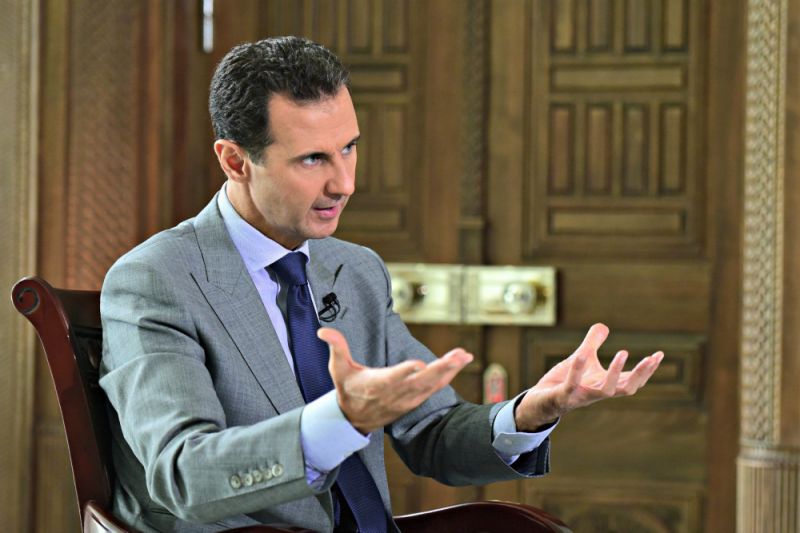 Upon hearing this, it is very clear that the 9th Circuit Court has really become an enemy to the safety of America and her people. They have blew it.

They have halted the ‘Travel Ban’ and as a result…we have no control over what kind of evils are coming into our country. As least for now. The fight is not over and President Trump has already stated he’ll see them in court.

Meanwhile however, Americans who know better are TICKED that the 9th circuit has the audacity to keep our President from protecting us. If people die from their decisions…some are saying their actions should be considered treason.

It’s absolutely ridiculous how the left has decided to be blind to the truth with a matter as important as national security with all the facts pointing to them being wrong. All President Trump said was that within just these 7 countries, there are many people that hate us and we should use the travel ban just long enough for his administration to be sure we are keeping the bad guys out. That’s it!

After taking a look at the reports, this is what we have learned:

In an exclusive interview with Yahoo News at a presidential office in Damascus, Assad said President Trump’s freeze on admitting refugees from his country — part of an executive order that has drawn widespread protests and is being challenged in federal court — “is an American issue” on which he would not take sides. But asked if some of those who fled are “aligned with terrorists,” Assad quickly replied, “Definitely.”

“You can find it on the Net,” Assad went on: “Those terrorists in Syria, holding the machine gun or killing people, they [appear as]peaceful refugees in Europe or in the West.” He said he couldn’t estimate how many there might be, but he added that “you don’t need a significant number to commit atrocities.” He noted that the 9/11 attacks were pulled off by fewer than 20 terrorists “out of maybe millions of immigrants in the United States. So it’s not about the number, it’s about the quality, it’s about the intentions.”

Now, as for the future of Syria’s 4.8 million refugees, Assad has also commented on that:

“For me, the priority is to bring those citizens to their country, not to help them immigrate.”

What it all boils down to is all those people who have condemned President Trump for wanting to make America safe…need to take a DAMN SEAT and shut their anti-Trump, anti-American, anti-freedom, anti-liberty moronic mouths.

When in the history of mankind has it EVER been a bad thing to want to fortify your land’s borders, to protect your people from harm and to keep out bad people who want to do horrific harm to you?

The left has gone mad.

Sending prayers out for our country and for our President…that he may be lifted by angels to his potential as our President and rise above the chaos and afflictions that the left is trying so hard to bring upon him.

Share this…just maybe it can be a wake-up call for others. Unless they are a liberal.