Judicial Watch has found that a helicopter operated by the Mexican government crossed into US territory and fired on US Border Patrol Agents last year and the Obama administration worked to keep it quiet. 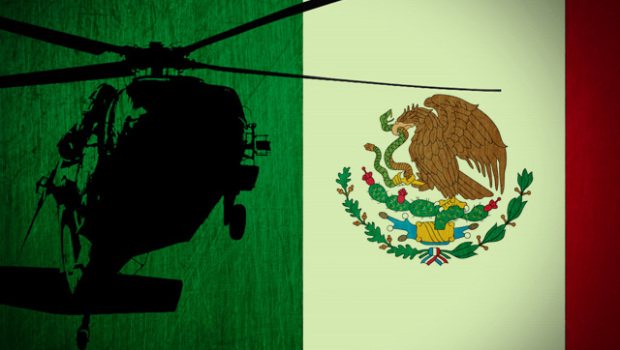 The Washington watchdog group found the information[1] in a Freedom of Information Act request.

…[US Border Patrol] Agents from the Tucson Sector Foreign Operations Branch were parked approximately 100 yards north of the Border on the U.S. Side when they observed a Mexican LEA helicopter cross north into the U.S. for approximately 100 yards. The agents then heard and observed two rounds being shot from the helicopter which landed approximately 15 yards to the side of one of the unmarked Border Patrol Vehicles (FOB) they were driving. Also, there were two marked vehicles at the scene next to the unmarked as well.

A total of six Mexican law enforcement helicopters flying near the Represito Ranch were observed by the four agents. Two agents were driving two marked Border Patrol vehicles and two additional agents were in a third, unmarked vehicle when one of the helicopters flew directly north and crossed into the US approximately 100 yards. The helicopter immediately turned back south into Mexico and landed at the Represito Ranch where Government of Mexico (GOM) officers exited the aircraft. Five GOM officers walked north and approached the International Border Fence where the incident had occurred, and subsequently made contact with the agents. The GOM officers apologized for the incident and stated that the incident had been reported to their main office in Mexico City, D.F.

“It is clear that the Mexican government has little regard for the sovereignty of the United States,” said Judicial Watch President Tom Fitton. “Our border is insecure and the Mexican government has contempt for our sovereignty. Its military and law enforcement personnel intentionally and without consequence cross our border and place U.S. law enforcement and other innocent Americans at risk. These new documents show how our Border Patrol agents were almost killed by a Mexican ‘law enforcement’ helicopter that crossed our border and fired on the Border Patrol’s clearly marked position. America is placed at risk by the Obama administration’s lawless open-borders policy that purposefully fails to protect American citizens and front-line law enforcement from a corrupt Mexican government, the drug cartels, the illegal alien crisis, ISIS and the Islamic terrorist threat.”