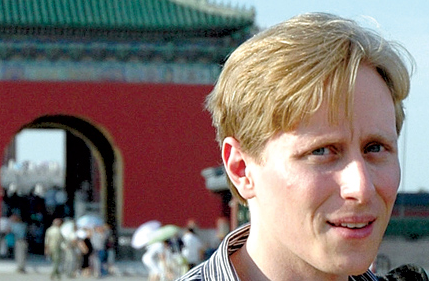 Remember when liberals scoffed at the fact that Romney could win more than 60% of the white vote? Not only has Romney successfully tackled that hurdle, and liberals are apparently mad about it. Tom Scocca of Slate Magazine wrote on November 2[2] about the “tribal appeal” that Mitt Romney has with whites and why “white people think” he’ll be a better president. I’ll give you a hint: It’s R _ C I S M.

After proudly declaring his support for President Obama (and how Slate will traditionally list all its staffers’ votes for the Democrats), Scocca insists they are not in a liberal bubble. He channels the insufferable and dismissive tone American liberalism has successfully monopolized over the past years.:  He claims “White men are supporting Mitt Romney to the exclusion of logic or common sense, in defiance of normal Americans.”

“White people don’t like to believe that they practice identity politics. The defining part of being white in America is the assumption that, as a white person, you are a regular, individual human being. Other demographic groups set themselves apart, to pursue their distinctive identities and interests and agendas. Whiteness, to white people, is the American default,” according to Scocca.

He then cited the National Journal piece stating that Obama needs to win 80% of the minority vote to win the election.:  Scocca laments “again, why are “minorities” treated as a bloc here? The story mentions no particular plan by the Obama campaign to capture the nonwhite vote. Instead, it discusses how the Romney forces hope to get a bigger share of white voters than John McCain did–by “stressing the increased federal debt” and attacking “Obama’s record on spending and welfare.”:  Yes, as if, spending, welfare, and debt are code words for racism.:  I wonder if Scocca will share his secret race decoder because Americans don’t have enough time to drink the amount of Ovaltine for a device of their own.

In all, Romney is polling better amongst whites, especially women, which is all due to the racism of the Romney campaign.:  This: :  is based on “the foundation of Republican presidential politics for more than four decades, since Richard Nixon courted and won the votes of Southerners who’d turned against the Democratic Party because of integration and civil rights. The Party of Lincoln became the party of Lincoln’s assassins, leveraging white anger into a regional advantage and eventually a regional monopoly.”:  Or, it could be that the economy is bad.:  Women are surging in the workplace, therefore, more on the frontlines of the economic decisions in the household — and they don’t like what they see from this president.:  It should also be noted that Democrats in the south supported Jim Crow legislation.:  Does Gov. Ross Barnett ring a bell?

And so we have two elections going on. In one, President Obama is running for re-election after a difficult but largely competent first term, in which the multiple economic and foreign-policy disasters of four years ago have at least settled down into being ongoing economic and foreign-policy problems. A national health care reform bill got passed, and two reasonable justices were appointed to the Supreme Court. Presidents have done worse in their first terms. In my lifetime–which began under the first term of an outright thug and war criminal[3]–I’m not sure any presidents have done better. (The senile demagogue? The craven panderer? The ex-CIA director?)

In the other election, the election scripted for white voters–honestly, I’m not entirely sure what the story is. Republican campaigns have been using dog-whistle signals for so long that they seem to have forgotten how to make sounds in normal human hearing range. Mitt Romney appears to be running on the message that first of all, Obama hasn’t accomplished anything, and second of all, he’s going to repeal all the bad things that Obama has accomplished. And then Romney himself, as a practical businessman, is going to … something something, small business, something, restore America, growth and jobs, tax cuts, something. It’s a negative campaign in the pictorial sense: a blank space where the objects would go. A white space, if you will.

Granted, racism does exist in the United States, but to construe this as the overall mentality of the white electorate is disingenuous, ignorant, and outright nonsensical.:  In the world of Scocca, it’s all due to the alleged race baiting.:  He noted how it was racist to partake in the “baiting of Obama, throughout his term, for supposedly being unable to speak without a teleprompter.”

More bizarrely, Scocca says that “Republicans predicted, over and over, that the president would be exposed and humiliated in face-to-face debate with an opponent (Newt Gingrich especially fantasized about being that foe). Eventually this led to Clint Eastwood haranguing the empty chair. And then in the first presidential debate, Obama was slack and ineffectual against a sharp Romney. See? It was true!”:  Yes, it was true.:  He came unprepared, and even The Washington Post’s Dana Milbank made a citation[4] of the president’s debate performance.:  Adding that Obama’s lack of press conferences — his last one was in June — contributed to an insular mindset that produced and insipid showing in Denver.:  Is Dana Milbank racist?

Concerning the 47 percent comments, Scocca noted how this was a giant race baiting move to court whites.

Here, Romney is speaking fluent White. In white people’s political English, “personal responsibility” is the opposite of “handouts,” “food stamps,” and particularly “welfare,” all of which are synonyms for “niggers.” This was Ronald Reagan’s rallying cry, and it was the defining issue for traumatized post-Reagan white Democrats. Like George Wallace vowing not to be out-niggered again[5], the Democratic Leadership Council and the New Republic and Bill Clinton made Ending Welfare as We Know It the policy centerpiece of the 1990s.

The actual policy never mattered. Now the Romney campaign is running ads in Ohio saying that Obama “gutted the work requirement for welfare[6]” and “doubled the number of able-bodied adults without children on food stamps.” In mixed company, Romney glosses the food-stamp lines as concern about the country’s economic status, but that’s not why “work requirement” and “able-bodied” are in there. It’s the rusty old Confederate bugle, blown one more time.

So, is this whole get out the white vote is based on coded racism and dog whistling, or is it that Scocca is so frustrated that his favorite in this race isn’t performing as well as he did in ’08?:  It’s petulant.:  Forgetting the fact that Democrats haven’t won the so-called “white vote” since 1964, Scocca is saying that the whites who decided to leave the president in 2012 are racists.:  Therefore, they’ve lost their credibility and their sanity as well.:  They’re not “normal.”

If liberals ever get a chance to look in the mirror and ask themselves why they’re so bad at winning elections, they need to go no further than Tom Scocca’s laughable attempt at ‘white people’s studies’.:  It seems the seeds of the bitter narrative liberals will hurl against Republicans in a plausible post-Obama defeat have already been laid.