South Oregon Proves Gov’t Subsides Are Bad for You 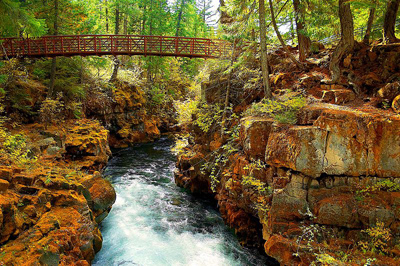 A very long article at the conservative Washington Free Beacon describes how economic recession and a changing timber industry has turned parts of southern Oregon into a “lawless” area with toothless authorities, few police, and empty government treasuries. But what the article really proves is that government subsides created this problem in the first place proving that government largess is a bad thing in the long run.

The piece, “The Lawless South[1],” by CJ Ciaramella, describes the hard times that parts of southern Oregon have fallen upon. The hard times have come from several directions all converging to smack the area with high unemployment, plunging home prices, and failing industry.

The area Ciaramella is around Josephine County, way south of Portland and near the Oregon/California border. This area is in such bad economic times that the various governments, city and county, have had to make massive cuts. The cuts Ciaramella focuses on are the cuts in policing, hence his “lawless” title.

The main industry in this area, we discover in the article, is the timber industry. And that industry has disappeared in the last decade. The very last timber mill in the area closed last year, so the one important source of jobs is now completely eliminated.

With no federal subsidies these local governments suddenly have no money for government services like police forces and the area is having a jump in crime and no police to investigate and help solve crimes.

Worse for the governments, with no job base left in the area, the voters have consistently voted down new taxes to help pay for those police agencies (and other government services that lost their federal subsidies).

One fired police officer even formed a group of citizens to act as a Community Watch group that can respond in non life threatening situations.

“Who else is going to protect you when your government can’t?” former officer Ken Selig told Fox News during a recent report on his efforts.

Well, he said it himself. It becomes the citizens’ duty to police themselves. Get a gun, folks, get a gun.

In any case, the article talks of no jobs, it talks of “idle hands” that cause trouble, it talks of the end of federal subsidies causing all this trouble. And after reading it one comes to several inescapable conclusions.

Firstly, and most importantly, this whole situation is the fault of government subsidies. Without all the cushy government subsidies these communities would never have formed. People moved there because of the false economy created by tax dollars being thrown around.

It is clear that if there were never any federal subsidies, few people would have moved to these areas and these towns would not exist–at least not to the extent to which they grew.

Secondly, one is struck with a question. If it is so bad, if there aren’t any jobs, why aren’t these people moving to where there are jobs?

This question also gets answered in Ciaramella’s piece. Most of these people are on welfare and so they don’t want to leave the area and lose their government subsidies!

The government strikes with subsidies to destroy again!

Josephine County is truly one of America’s most beautiful, forested landscapes. We should be telling residents there to leave the area to the wildlife and move away. And we should also note that this entire tale of woe was created when the US government flooded the area with federal subsidies in the first place.

CJ Ciaramella has given us a great example of how destructive government subsidies actually are.