An irreverent microbrewery has come out with a new beer called “Submission Ale” featuring a label with a drawing of a pig wearing a traditional Muslim veil and liberals are losing their tiny collective mind over it. But the libs weren’t upset when the same brewery issued a beer making fun of the Pope. 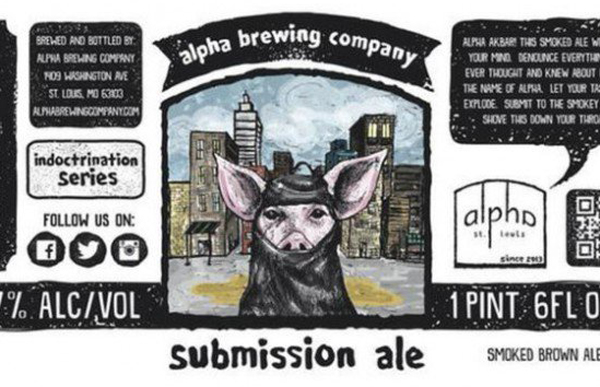 As soon as the beer and its label were made public, though, terror-loving liberals out there started attacking the brewery via Twitter and Facebook.

Now the brewery is making a few changes[1], but maybe not because of the attacks…

A St. Louis-based craft brewery is backing away from plans to market a new beer mocking Islam called Submission Ale, after outrage immediately flared on Twitter this morning.

But Alpha Brewing Company isn’t necessarily scrapping the label, which depicts a pig wearing a hijab, or even the idea of a beer targeting the Muslim faith. The company’s head brewer, Derrick Langeneckert, says Submission Ale will get a new name because he didn’t realize 2nd Shift Brewing already makes a beer with the same moniker.

That beer, Sub-Mission IPA, has nothing to do with Islam — it’s part of a collaboration with St. Louis’ much-beloved Mission Taco Joint.

Alpha Brewing’s Submission Ale, on the other hand, is explicitly aimed at Islam. “Alpha Akbar,” one part of the label reads. “This smoked ale will blow your mind.”

But Langeneckert says the criticism is silly. “This is the eighth beer in our Indoctrination Series,” he says. “No one was upset when we put the pope on a label.”

This brewery also made a beer spoofing the Pope… 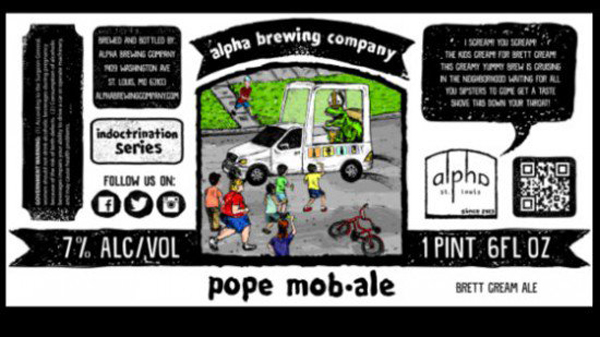 Liberals were silent during that one, naturally.