A student at a Texas college is suing because the school made her get “special permission” to post a gun rights sign at her fee speech display. 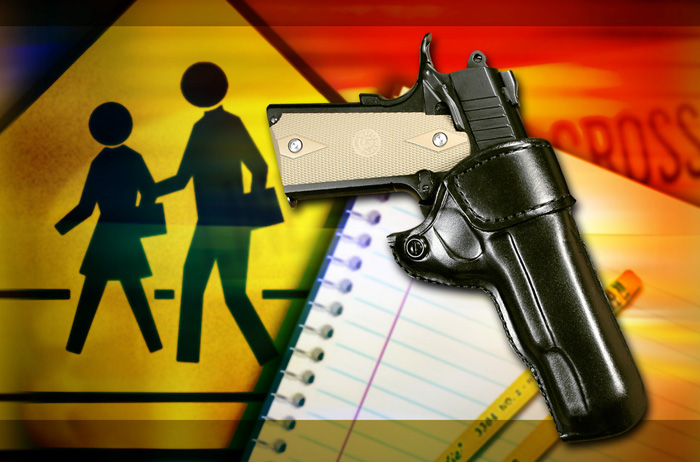 So, a right protected by the Constitution needs “special permission” to be talked about[1] on campus?? Disgusting.

Nicole Sanders filed the federal lawsuit against Blinn College in Brenham, Texas, after her event was shut down earlier this year. The lawsuit challenges the school’s restrictions on free expression, including the policy that requires college officials approve all material distributed on campus.

Sanders and another student were trying to get students to sign up for the group Young Americans for Liberty, and they held two signs outside the Student Center. The first sign read, “Defend Gun Rights on Campus.” The other sign read, “LOL” with the Obama presidential logo replacing the “O.”

Campus police officers and the coordinator of the Student Center and Campus Events approached the students when they entered the Student Center. The administrator told them they needed special permission to collect sign-ups for their YAL club and to display their signs.

According to Sanders, the official added, “I don’t know that you can get special permission” to advocate for gun rights, and said she was not against guns, but “on campus, I’m not so sure.” A video of the exchange was obtained at the time by Campus Reform.

“I felt that the officers were there to intimidate us and it worked. It was an easy way for the school to shut us down,” Sanders told the Washington Free Beacon in an email. “I was very surprised that we were even approached and even more surprised that we needed permission to talk to students about a club on campus. “

The student affirms that it was because of the gun sign because she says an administrator told her that someone was “offended” by the sign.

Yet more proof that our universities have become hopelessly corrupted.