It turns out, that just as most of America suspected, the elections were rigged in 2008 and 2012. In part by allowing illegal aliens to vote. Is it any wonder, corrupt politicians on both sides of the aisle want Amnesty? Why wasn’t this brought to light before? If this is not stopped and Amnesty for millions isn’t halted, the Leftists will control America – permanently[1]. 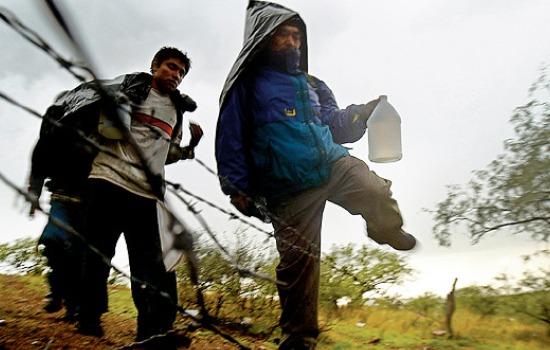 As Democrats continue to further the meme that voter fraud is a myth, that somehow human beings can be corrupt in every other area in life except for elections, a new study reveals that not only are illegal alien, non-citizens voting in United States elections, but it is happening to a degree that has not only influenced the outcome of past elections, but will no doubt have an effect on future elections.

In a new devastating study to the Democrat Party narrative that voter fraud is a non-existent imagination of Republicans who are just plain mean and hate minorities, political scientists Jesse Richman and David Earnest, writing in the Washington Post, write that while most illegal aliens don’t vote, enough of them do to change the outcome of close elections in favor of (a real shocker here) Democrats, and the numbers are far from insignificant.

Among the more stunning findings are that 14% of illegal aliens were registered to vote in both 2008 and in 2010, and that illegals (another shocker) vote for Democrats 80% of the time.

Additionally, the study found that the less educated the illegals were, the more likely they were to vote, indicating they may even possibly be more favorably leaned toward the political party that showers them with “free” lavish benefits at the expense of the American taxpayer.

Richman and Earnest contend that races like Democrat comedian and Senator Al Franken’s Minnesota win in 2008, could have been fraudently won because of the votes of illegal aliens. The margin of Franken’s controversial “victory” was only 312 votes.

It’s not just ‘no ID’ voting that is the problem. Many places have allowed illegal aliens to obtain driver’s licenses which can now be presented for voting — and you would never be able to tell they were committing a crime — which was the intent of the Progressives all along. We need to enforce legal immigration, go back to paper ballots and have background checked, vetted individuals monitor elections that are rotated, screened and checked. Voter fraud has enabled a Marxist coup from within America.