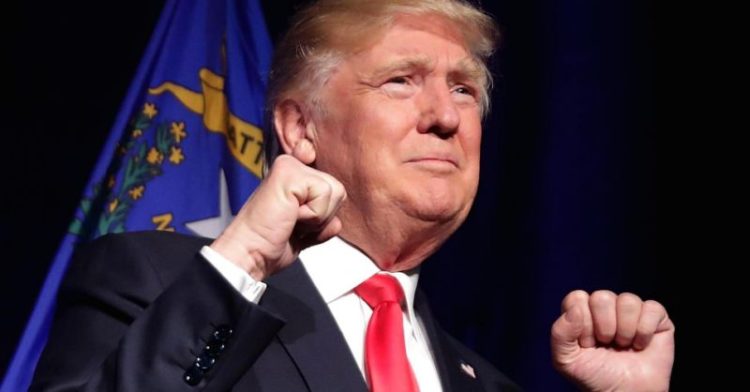 Does it even need bear repeating of Hillary Clinton’s massive amount of ethical conflicts[2] in the way she merged the business of the Clinton foundation with her job as Secretary of State? She used her position for pay for play. Her subordinates were involved in helping, and at least one of them worked full time for both State and the Foundation. She, and her family, made vast amounts of money while doing the business of the Foundation when she was supposed to be doing the job of Secretary of State.

But, now, in the Age of Trump

Democrats plan assault on Trump’s ethical conflicts[3]
They’re eager to make Republicans uncomfortable with oversight of a president who ran on a promise to ‘drain the swamp.’

Democrats are looking to create big headaches for Donald Trump over his unprecedented ethical conflicts.

In the 11 days since the Republican’s upset victory, the president-elect’s political opponents have hammered[4] him for giving no sign that he will follow historic norms and really separate himself from his vast financial holdings. They’re baffled that Trump and his family are still promoting their businesses, especially on anofficial transition website[5], and they’re questioning how Trump’s son-in-law canlegally land a job[6] in the White House.

Well, if it wasn’t this, it would be something else. They can’t complain about most of his (supposed) policies, because they know Trump won on those policies.

As the minority party, the Democrats can’t call official hearings or pump out subpoenas. Still, they are primed to birddog Trump’s administration if it’s caught doing government business that’s seen as lining the president’s own pockets. Even with their diminished numbers, they can run their own investigations, drown Trump’s agencies with requests for public records and inspector general reports, pepper his nominees with questions and just generally work to make Republicans uncomfortable with their oversight of a president who ran on a promise to “drain the swamp.”

Two points. First, they didn’t bother doing this to either Nancy Pelosi nor Barack Obama, when they promised the same. Nor to themselves, because it was a Democrat promise. Second, as far as lining their own pockets, most Democrats, like most Republicans, have voted against things like recusing themselves from votes on legislation that would put money in their own pockets. They’ve voted against banning what is essentially insider trading for Congress. So many of them have made oodles of cash being career politicians.

Anyhow, it’s a long, long, long Politico article about Democrats whining that businessman Trump could make money overtly, as opposed to the way career politicians rake in the cash.

Of course, The Washington Post opinion secition is Very Concerned

For the past 40 years, every president has placed his personal investments and assets in a blind trust while in the White House, or has sold everything and held cash equivalents. President-elect Donald Trump has made it clear that he does not plan to set up such a trust[7], which would require that his company be run by an outsider who has had no previous business relationship with Trump, and that there be virtually no communication between the outside trustee and Trump or his family during his administration.

Trump is not required by law to create a blind trust or otherwise divest himself of all business holdings, though many people who will work for him in the government will have to do so: The 1978 Ethics in Government Act exempts the president and vice president from its conflict of interest provisions, out of constitutional concerns about separation of powers.

So, he has no lawful requirement to do anything. The writer, Trevor Potter, is a Republican, who worked with multiple Republicans such as John McCain and the elder George Bush. He’s very much against Citizens United, and worked heavily with Stephen Colbert and his fake news show. He offers many ideas for Trump to avoid these conflicts of interest, and, let’s be honest, Trump should divorce himself from his businesses during his time in office in order to avoid those conflicts of interest. If he wants to drain the swamp, he has to start with his own administration.

But, while doing so, he should hit back at Democrats (and Republicans) for all their own conflicts, the ability to do insider trading, and essentially make lots of cash while doing the People’s Business.

Overall, though, the vast majority of elected Democrats should never speak of ethics, especially those who voted for Hillary Clinton.