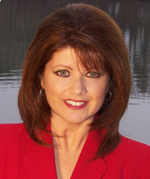 Many of you are aware of the recall election being held in Wisconsin. There, leftists and union thugs throughout the state are trying to oust the only recently elected Republican Governor, Scott Walker. But something many don’t realize is that Walker’s Lt. Governor, Rebecca Kleefisch[1], is also under recall in this needless and expensive re-do of the 2010 elections.

Kleefisch is the Republican Lt. Gov that entered office alongside Gov. Walker and she, too, is a target of these leftists. She hasn’t gotten the same publicity nation wide as Walker, of course, but she is just as deserving of our support and help. After all, the program that Walker and Kleefisch instituted has already saved Wisconsin $1 billion[2]! Seems like a duo worth saving to me.

Despite what the pair have saved the state in budget dollars, estimates have varied on what this foolish recall election will cost, a recall effort that even liberal newspapers in Wisconsin oppose[3], but some are saying it will cost the taxpayers up to $9 million[4].

But the candidates also have to raise and spend money on this farcical effort.

If you are in a donating mood[5], click on the image below and help Kleefisch out with the expenses that these liberals are forcing upon her, won’t you? 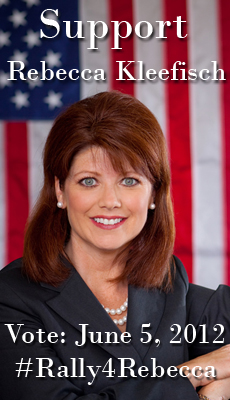 Recently Lt. Gov. Kleefisch was in Chicago and spoke a few words at the Tax Day Tea Party. (Video captured by MarathonPundit[7])