Surprise: Democrats Admit They Support Legalizing Dreamers For The Votes 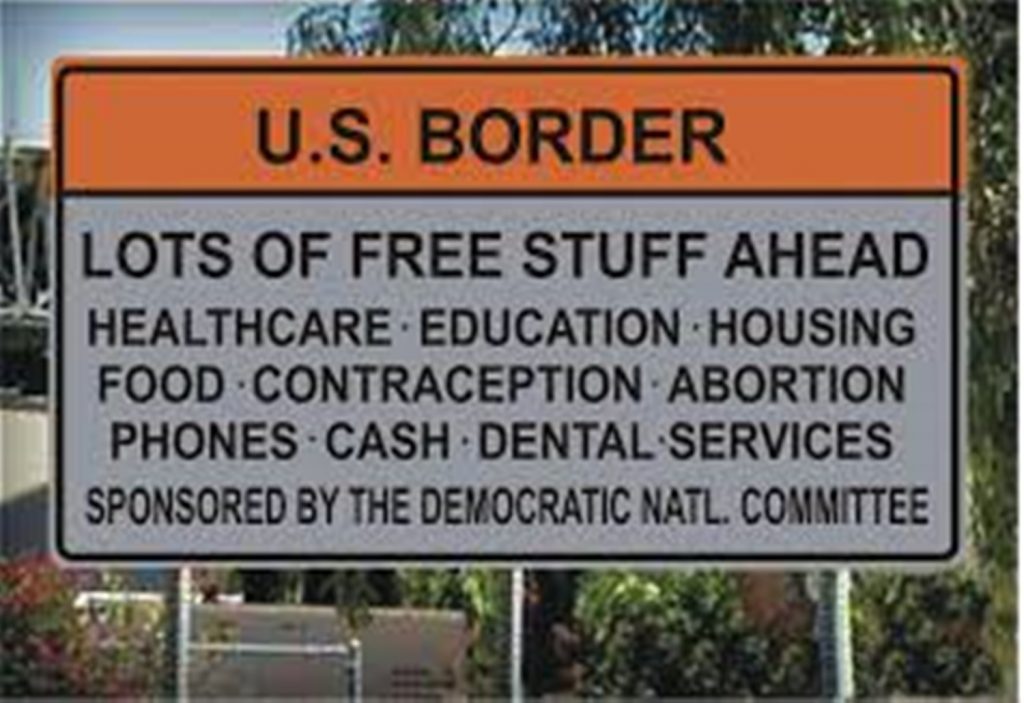 As Jazz Shaw[2] notes, this is something we were all thinking, but couldn’t prove. Till the Daily Caller got their hands on this memo[3]

The memo, co-authored by former Clinton communications director Jennifer Palmieri, was sent around to allies calling on Democrats to “refuse to offer any votes for Republican spending bills that do not offer a fix for Dreamers and instead appropriate funds to deport them.” (snip)

“The fight to protect Dreamers is not only a moral imperative, it is also a critical component of the Democratic Party’s future electoral success,” reads Palmieri’s memo, obtained by The Daily Caller News Foundation.

“If Democrats don’t try to do everything in their power to defend Dreamers, that will jeopardize Democrats’ electoral chances in 2018 and beyond,” reads the memo. “In short, the next few weeks will tell us a lot about the Democratic Party and its long-term electoral prospects.”

While it doesn’t say it in plain language, the implication is quite clear: the Democrats need the votes from illegal aliens given free citizenship with the ability to vote. And the majority of illegals will vote Democrat. Certainly, you can read this as them meaning that if the Democrats don’t vote for full citizenship for Dreamers, then typical Democrat voters will be turned off and not vote Democrat, but, that wouldn’t happen. Sure, the base which supports people who are unlawfully present would be upset, but they’d still show up to vote. This is all about the 800,000 or so Dreamers. Nothing else.

Democrats only truly care about the Dreamers in the way they care about other minorities, women, and so forth: as voting blocks. Once you get beyond the typical talking points about caring and morals and the rest they yammer about, everyone is put in a Box and pandered to to get their vote. Beyond that, most Dem policies are not good for people in the long run.

Meanwhile, the Democrats finally found a judge (Clinton appointed, in San Francisco) to put a hold on DACA, an extra-legal, un-Constitutional program, which Obama even admitted to, from ending

(Reuters[4]) A U.S. judge in San Francisco temporarily barred President Donald Trump’s administration on Tuesday from ending a program shielding young people brought to the United States illegally by their parents from deportation.

U.S. District Judge William Alsup ruled in San Francisco on Tuesday the program must remain in place while the litigation is resolved. The ruling could complicate negotiations between Trump and congressional leaders over immigration reform.

“DACA gave them a more tolerable set of choices, including joining the mainstream workforce,” Alsup wrote. “Now, absent an injunction, they will slide back to the pre-DACA era and associated hardship.”

This is like a judge ordering the government to stop arresting people involved in petty crime, simply because it might cause a hardship to petty thieves.