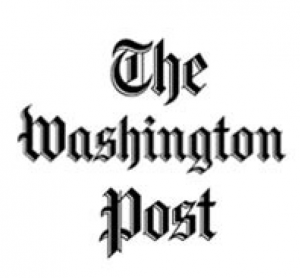 Liberals and their media outlets, like The Washington Post,[2] have yet to find a tax they don’t like. :  Concerning e-commerce, with sites like Amazon.com, states could impose a sales tax on the revenues derived from such entities. : Hence, the Marketplace Fairness Act that “would grant states the authority to require remote sellers to collect sales tax in exactly the same way as local businesses are already made to do.”: However, as the Post noted, “a 1992 Supreme Court ruling[3]: –: Quill v. North Dakota: – holds that companies without a “substantial nexus” (physical presence) in a given state don’t have to pay taxes on purchases made there, that changes when corporations such as Amazon name local affiliates or set up physical distribution centers.”

However, “Virginia voted this year to close the so-called “Amazon loophole[4],” which allows the online retailer to avoid paying the same local sales taxes that brick-and-mortar establishments charge. California and Texas have taken steps to do the same.”

The Post contends that “up to $23 billion in revenue could be generated if online retailers were required to charge the same amount of sales tax as brick-and-mortar establishments. Had the act already been in effect this past year, Virginia could have gained an estimated $432 million, Maryland $376 million and the District $72 million. Given that Maryland and Virginia faced projected budget: shortfalls: [5]of $145 million and $1.1 billion in advance of fiscal 2013, that’s money that could be well spent.”

However, according to The Heritage Foundation back in April of this year[6]:

In a new paper[7], David S. Addington, Heritage’s Vice President for Domestic and Economic Policy,: explains[8]…in the long run, the national economy as a whole benefits from allowing consumers to choose freely what they wish to buy, of whatever quality they wish, at whatever prices they choose to pay, and from whatever seller they wish, whether in the same state as the consumer or not.

Intervention by the federal government and the states in the consumers’ choices by enactment and implementation of S. 1832 would increase the revenues of states, but hobbling out-of-state businesses that sell through the Internet or mail order catalogs does not help the national economy.

Addington writes that it’s not surprising that states want a new source of revenue. After all, they’re struggling with their bloated budgets in this weak economy. But overriding the Quill decision would only give states an incentive to increase taxes instead of cutting the size, scope, and cost of government. And it would be consumers and businesses that pay the price.

Alas, why this is a bad idea.