Susan Rice Admits To Unmasking Trump Team After Initial Response: “I know nothing.”

I know you will be utterly shocked by this, but Susan Rice is a liar. Yep, she just admitted to lawmakers this last week that she did indeed unmask Trump transition team officials. Earlier this year, she denied knowing anything about it. And she won’t be held accountable, which again will fail to shock any of us. In an interview with PBS Newshour‘s Judy Woodruff on March 22nd of this year concerning allegations that Trump transition officials were swept up in surveillance of foreigners at the end of the Obama administration, Rice said: “I know nothing about this.” Now, she has told the House Intelligence Committee that she unmasked Trump transition team members in order to understand why the Emrati crown prince was visiting New York late last year, according to a CNN report. What are the odds she is lying about that too?

Rice claims that the Obama administration “felt misled” by the UAE, who had not told them that the crown prince was visiting the US. Why should the crown prince announce himself if he is visiting a friend or doing business? This makes it abundantly clear that Trump transition team members were being surveilled just as Trump claimed they were. Obama’s people were surveilling the Emiratis and the crown prince. 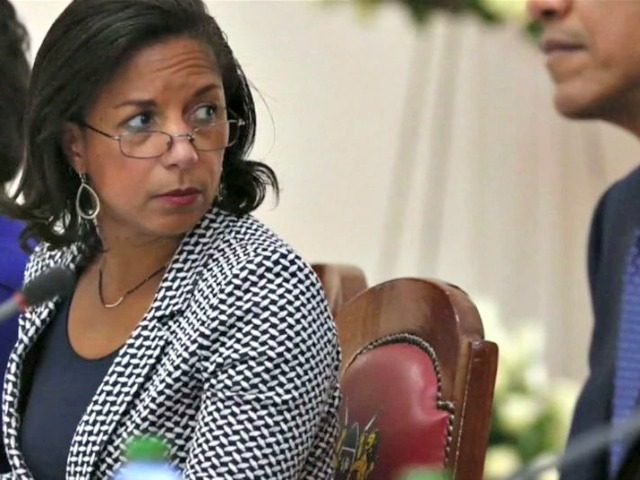 Back on April 4th, Rice did not speak of the administration feeling misled. She laid out a hypothetical scenario of a foreign agent attempting to buy bomb-making materials from a US citizen. “Is this some kook sitting in his living room communicating via the Internet, offering to sell something he doesn’t have? Or is it a serious person or company or entity with the ability to provide that technology perhaps to an adversary? That would be an example of a case where knowing who the US person was, was necessary to assess the information,” Rice said.

An unnamed senior Middle Eastern official told CNN that the UAE did not “mislead” the Obama administration about the crown prince’s visit, but acknowledged not telling the US government about it in advance. So, in other words, Obama was ‘offended’. The official told CNN the meeting took place on December 15th and was “simply an effort to build a relationship with senior members of the Trump team who would be working in the administration to share assessments of the region.” Obama felt slighted and unleashed his dogs on the crown prince because he was jealous of Trump. 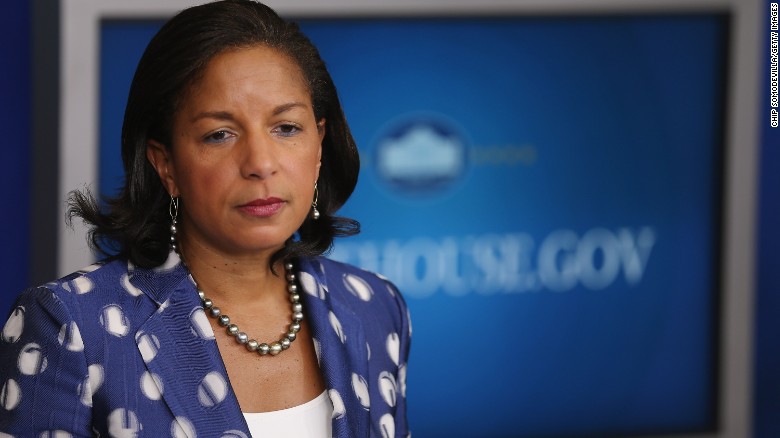 “The meeting was about ascertaining the Trump team’s view of the region and sharing the UAE’s view of the region and what the US role should be,” the official told CNN. “No one was coming in to sell anything or arrange anything.” Crown Prince Sheikh Mohammed bin Zayed al-Nahyan did indeed meet with several top Trump officials, including Michael Flynn, the President’s son-in-law Jared Kushner and his top strategist Steve Bannon. But there is nothing nefarious about that. The UAE simply wanted to survey the lay of the political land on an incoming presidency. Now, the UAE is not totally innocent here. After this meeting took place, they did facilitate a “back-channel communication” between Russia and the incoming administration. I don’t like that at all, but then again, it’s Russia trying to manipulate things.

While visiting with the Trump team, the discussion focused on a range of issues, including Iran, Yemen and the Mideast peace process. Russia had not yet come up as an issue. That would happen later. The alleged back-channel meeting set up by the UAE was at the Seychelles Island between Erik Prince, the founder of Blackwater, whose sister is Education Secretary Betsy DeVos, and an “associate of Vladimir Putin.” Very little is known about the meeting, but if Russia is involved, it can’t be good. They claim the purpose of the meeting was to get Russia to stop being so chummy with Iran. It didn’t work.

Rep. Tom Rooney (R-FL) told CNN that he did not hear anything to believe that Rice did anything “illegal.” Unmasking may not be illegal, but leaking those names that are unmasked is definitely illegal. Intelligence involving Trump’s former national security adviser Michael Flynn was leaked to the Washington Post earlier this year and it is not yet publicly known who leaked it. Again, no sympathy for Flynn here, but what was done to him broke the law and someone should have to answer for that. Paging Susan Rice.