When he was belatedly drafted into the NFL, openly gay player Michael Sam celebrated on TV by kissing his male lover. Oddly, the pair also smooshed cake in each other’s faces as if they were a couple getting married. One Texas talk show host objected to the display on TV, but when she spoke up she began to receive death threats and even threats of rape. 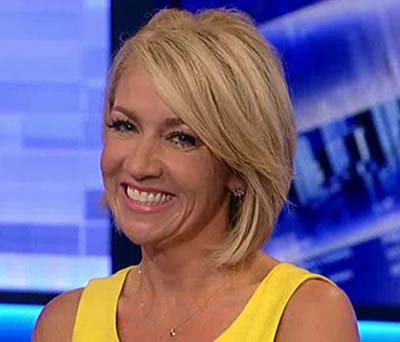 Amy Kushnir, a co-host of Dallas-based talk show The Broadcast, stormed off the set of her May 13 show after a heated discussion of Michael Sam’s behavior. She later appeared[1] on Fox News’ The Kelly File to talk about her experience.

Amy Kushnir, the Dallas talk show host who stormed off the set after expressing her outrage at ESPN for the Michael Sam kiss, spoke out on The Kelly File Thursday night, saying she is being attacked like crazy on social media simply for speaking up in defense of traditional values.

She said airing the kiss was “inappropriate” and “over-the-top,” scolding ESPN for showing the “shocking video” in the first place. Kushnir did not say anything negative about gay people, she simply expressed her outraged that ESPN would use the opportunity “to promote their left-wing agenda.”

Kushnir also talked about all the heat she’s been getting on Twitter and elsewhere. She explained, “If you are trying to maintain traditional values and view in your home… you’re going to get lambasted because it goes against what’s politically correct.” She claimed that she’s been sent both death threats and rape threats

Kushnir went on to note[2] that some of the attacks she sustained after her appearance on The Broadcast were so bad many can’t be said on TV.

“Yes, I had no idea, I’m shocked at the outlandish and most–if I told you I can’t put it on the air. Death threats, rape threats, petitions to be fired. It’s insane and it’s–and all it is, it’s a voice screaming out against something that, for me, was traditional views,” the Texas TV host said.

Kushnir’s exit from her TV show can be seen during her appearance on The Kelly File:

This is all just another example of the left’s tendency toward a fascist destruction of freedom of speech.

An Interview With Warren Farrell, The Author Of “Why Men Are the Way They Are.”[3]

An Interview With Andrew Breitbart[4]

The 25 Best Quotes About Liberals[6]