An African American high school teacher in Duncanville, Texas had a message for you “dumb duck ass cracker” white people who want to talk about the problems in Ferguson. You should shut up. Oh, and she wants you to kindly “kill yourselves.” 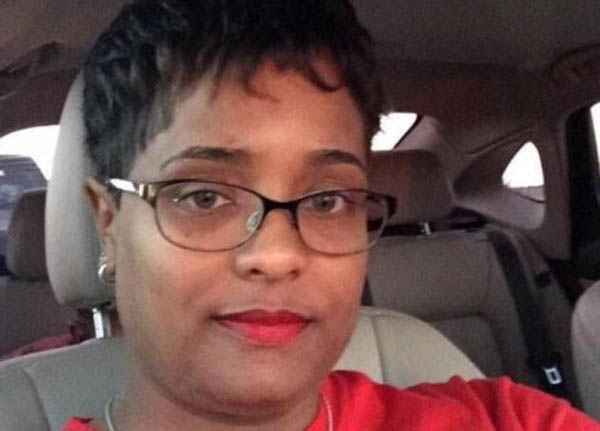 Here is the Tweet that got everyone talking about her: 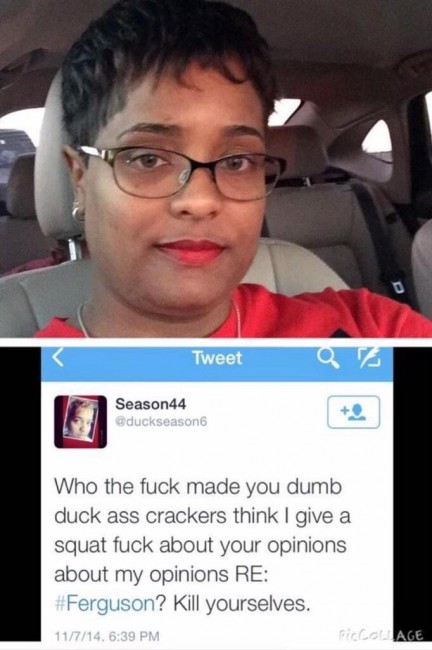 Here is another of her wonderful Tweets, posted after she started getting some heat: 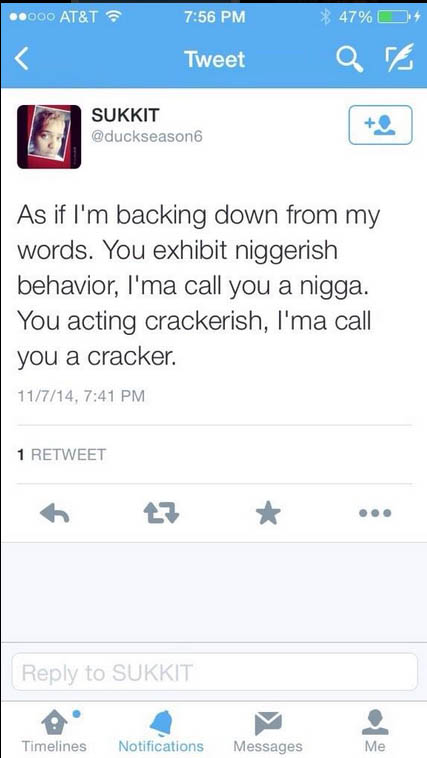 Apparently, this “teacher” is a big fan of marijuana, too. Imagine that. 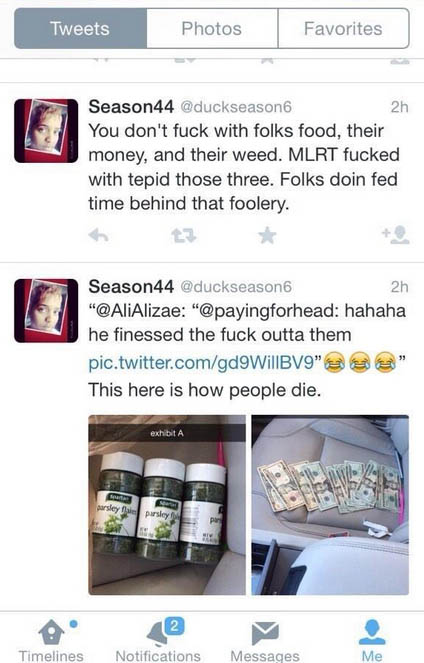 Duncanville High School has apologized for Vinita Hegwood’s actions and are saying that they will take action soon. The school sent notices out on its own social media using Twitter and Facebook. Below is a screen shot of the school’s Facebook posting.