The Democrats’ New Rallying Cry: Work Is a Trap and We Applaud Those Who Can Avoid It

The modern Democrat Party looks at government the same way little kids view Santa. Liberals seem to believe the government has infinite resources that can be used to hand out free gifts without ever having to worry about how they will be paid for. However, back in the real world, “gifts” aren’t free. The money for those “gifts” has to be confiscated from people who work for a living and all too often these days, it’s given to people who don’t. This is why no matter how wasteful the government was, bureaucrats used to at least try to give the American people the IMPRESSION that they cared about being responsible with their money. These days? The Democrat Party’s mantra is quit work, have a good time and someone else will pick up the bill[1]. 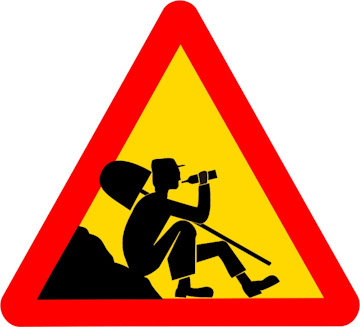 My, oh, my, how times have changed. America now has a government that views work as a trap and celebrates those who escape it.

That is the upshot of last week’s remarkable exchange over ObamaCare. It began when the head of the nonpartisan Congressional Budget Office reported that the interplay of taxes and subsidies in the law “creates a disincentive for people to work.” The report predicted the mix would lead to fewer hours worked, costing the equivalent of nearly 2.5 million jobs.

“Opportunity created by affordable, quality health insurance allows families in America to make a decision about how they will work, or if they will work,” Jay Carney said. Harry Reid and Nancy Pelosi applauded the law for freeing people from “job-lock.”

They never mentioned the implications of this distinctly Obama-ish New Deal. The subsidies that enable some Americans to decide “if they will work” mean higher taxes from those who must or want to work.

Republicans immediately jumped on the finding as proof that the law is a jobs killer and cited earlier discoveries about its destructive impact. These include Obama’s lie that “you can keep your plan” and the fact that many new insurance plans come with higher premiums and :­deductibles and fewer doctors.

Pay more, get less will be the experience for tens of millions by the time the law is fully implemented. And don’t forget its :­assault on religious freedom.

All true and yet, as Carney’s defense showed, something much, much larger is at play. The impacts are symptoms. The disease is that leading Democrats view fewer workers and more dependency as a good thing.

That attitude largely explains slow economic growth, record-low labor rates and the explosion of handouts over the last five years.

When you hear people talk about “makers” and “takers,” this is what they mean. You pay more so Democrats can promise other people that they don’t have to work anymore.