On December 18, Gallup[1] released a poll that shows a record number of Americans–72%–believe that the greatest threat to the United States is big government. That’s a pretty large leap since March 2009, when only 55% of Americans thought that was the case. What’s even more astonishing is that, across party lines, more people view government as a threat than big business or big labor. Democrats agree that big government is the biggest threat to this country twenty points higher than big business and fifty points higher than big labor. What has happened in the past five years for America to sour on its government?

The answer is surprisingly simple: Americans have seen intrusive government policies in play, and watched them lead people into poverty and stagnation, with no gain.

There haven’t been as many corporate scandals in the past few years, and the government has been quick to highlight just how legal thievery can be. Consider the numerous corporate bailouts over the past few years. A strong majority[2] of Americans continue to oppose the bank (65%), insurance (77%), and car manufacturing (69%) bailouts, probably because that money was misused to serve corporate executives.

The threat to the American public wasn’t that these individuals abused government gifts; it was how the government enabled them to do so. There was a great collective realization that throwing money at a business will not necessarily solve its market and organizational problems[3]. That the government chose to use bailouts over and over only weakened public trust. How could they be so consistently blind?

Edward Snowden’s whistleblowing revealed how the growing federal empire invaded private life. He revealed that your phone, your email, your life was probably on record at the National Security Agency. Mass surveillance further pushed the public trust away from the government–70% of Democrats and 77% of Republicans united this year in a Washington Post-ABC News poll[4], saying that “the NSA’s phone and Internet surveillance program intrudes on some Americans’ privacy rights.”

The odds of an American being killed in a terrorist attack are so low–about 1 in 20 million[5]–the tired line of “it’s for your own good” has become exhausting. The public–Democrats, Republicans, and independents alike–has collectively thrown up its arms in disgust at how invasive big government has become.

But that’s not the worst of it.

Gallup notes in its report that the growth of worry about overreaching government ruining America for the future may be caused by “a reaction to an administration that favors the use of government to solve problems.” With record-low approval ratings[6], President Obama and his administration have seen some of their worst setbacks just in the past year. Between the embarrassing Obamacare rollout[7], sluggish economic turnaround, and his inability to bargain with other representatives[8], Obama has successfully demonstrated that big government can only act as a hindrance to true progress.

And the numbers show it. Millions of people lost their private-option insurance policies[9], and millions from my generation are unable to find employment because of unfulfilled economic promises. There is only one institution to blame for these problems, and it doesn’t look anything like Walmart.

The public has finally come to terms with the fact that big government is the biggest threat to America’s future. The federal government has proven again and again that even its best intentions can lead the public to distrust, poverty, and stagnation. As politicians look to the future, they should capitalize on public sentiment and advocate for smaller federal government–the public’s support is there, and it’s up to them to follow through. 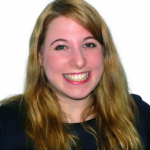 [10]Rachel Burger is a Young Voices Advocate[11] and is the associate editor of a popular news and politics blog. She writes frequently about social issues and foreign policy, and has been published in TownHall, DL Magazine, Pocket Full of Liberty, and Aspyr’s GameAgent blog. Currently, Rachel graduated with an MA from University of Chicago’s Committee on International Relations and with a BA from Agnes Scott College.