This story shouldn’t surprise anyone. It now appears that the so-called “moderate” Muslim college in California that became the first fully accredited Muslim college in the USA was co-founded by a radical Muslim who supports terrorism. 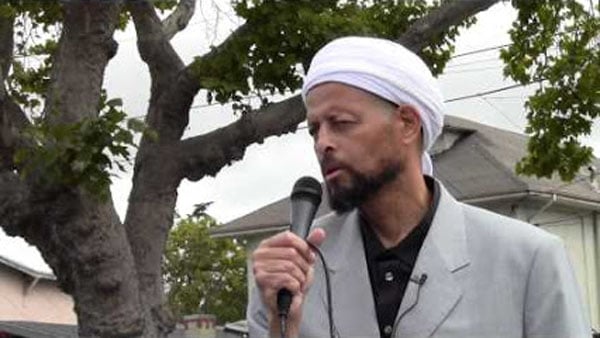 Last week we told you[1] about Zaytuna College in Berkeley (where else?), California. The school was celebrated as pushing a “moderate” Islamic message. But now we find that the co-founder is a terror supporter[2].

A California school co-founded by a firebrand who once called for an “intifada” in the U.S. has become the nation’s first accredited Muslim college.

…But the school’s other co-founder, Hatem Bazian, who serves as the school’s chairman of academic affairs, has been accused of whipping up anti-Semitism on campuses across the nation through another organization he helped establish, the anti-Israel Students for Justice in Palestine. And at an April, 2004, rally in San Francisco in support of the Iraqi insurgency, Bazian appeared to call for an uprising in the U.S.

“Are you angry?” Bazian shouted to protesters. “Well, we’ve been watching intifada in Palestine, we’ve been watching an uprising in Iraq, and the question is that what are we doing? How come we don’t have an intifada in this country? …and it’s about time that we have an intifada in this country that change[s] fundamentally the political dynamics in here. And we know every — they’re gonna say some Palestinian being too radical — well, you haven’t seen radicalism yet!”

Critics say any school associated with Bazian, who is a senior lecturer at University of California Berkeley, is suspect.