With the U.S. Supreme Court’s decision on gay marriage, forcing every state to observe it, not all states are eager to jump on that bandwagon. And the Governor of Texas didn’t take this court’s blather lying down. 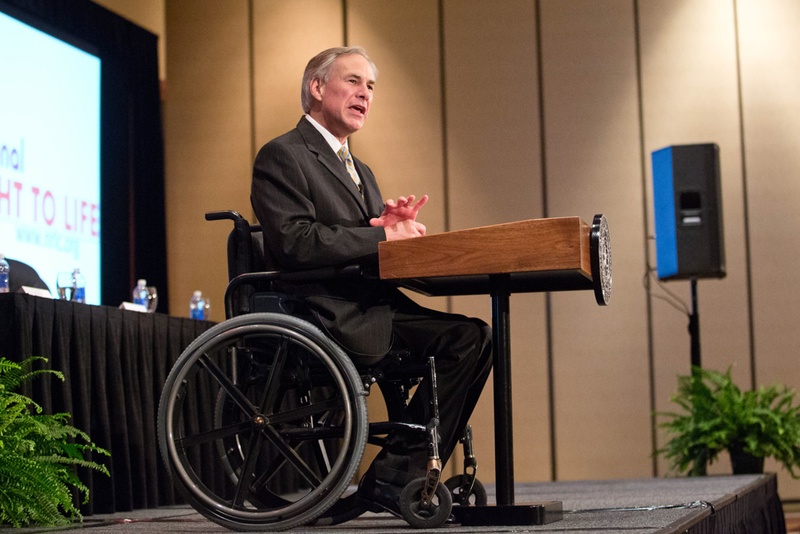 In fact, the document that Texas Gov. Gregg Abbott just released[1] could be read as shutting down gay marriage in his state, quite regardless of the Court’s ruling.

Abbott just told Texas agencies that they are to comply with the First Amendment of the United States Constitution, Article I of the Texas Constitution, and the Texas Religious Freedom Act.

This Nation was founded by people who sought a place to worship God according to the dictates of conscience and free from government coercion. It is therefore no coincidence that the freedom of religion is the very first freedom guaranteed by the U.S. Constitution. As leaders of this State, we have an obligation to secure the right of all Texans to live their lives according to the principles of their religious faith. The Constitutions and laws of the United States and of this State afford robust protections for religious liberty…

Texans of all faiths must be absolutely secure in the knowledge that their religious freedom is beyond the reach of government,” Governor Abbott wrote in the memorandum obtained by Breitbart Texas. “Renewing and reinforcing that promise is all the more important in light of the Supreme Court’s decision in Obergefell v. Hodges. The government must never pressure a person to abandon or violate his or her sincerely held religious beliefs regarding a topic such as marriage. That sort of religious coercion will never be a ‘compelling governmental interest,’ and it will never be ‘the least restrictive means of furthering that interest.’

With these obligations in mind,” Abbott continued, “I expect all agencies under my direction to prioritize compliance with the First Amendment to the United States Constitution, Article I of the Texas Constitution, and the Texas Religious Freedom Restoration Act. All state agency heads should ensure that no one acting on behalf of their agency takes any adverse action against any person, as defined in Chapter 311 of the Texas Government Code, on account of the person’s act or refusal to act that is substantially motivated by sincere religious belief. This order applies to any agency decision, including but not limited to granting or denying benefits, managing agency employees, entering or enforcing agency contracts, licensing and permitting decisions, or enforcing state laws and regulations.

What do you think? Is this the right decision?