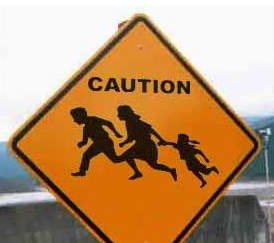 Obama’s new immigration policy is set to charge illegals in America $465 to avoid deportation. : In other words, it’s a $465 bribe to keep the government from executing the law of the land. : According to The Blaze[2]:

The U.S. Citizenship and Immigration Services will begin accepting applications Aug. 15 for the DREAM Act-like policy, which is being implemented without congressional approval.

Under the new policy, eligible applicants must have arrived in the United States before their 16th birthday, be 30 years old or younger, lived in the U.S. for at least five years and be in school, graduated or served in the military. They must not have been convicted of a felony, three misdemeanors or one “significant” misdemeanor such as driving under the influence or gun or sex charges, according to the Associated Press.

Internal documents obtained by the AP estimate that more than 1 million applicants are expected in the policy’s first year, more than 3,000 a day. Cost estimates to process applications are between $467 million and $585 million; fee revenues are estimated at $484 million.

However, CNN reports that[3]:

In announcing the change on June 15, Obama said it will make immigration policy “more fair, more efficient and more just.”

Noting children of illegal immigrants “study in our schools, play in our neighborhoods, befriend our kids, pledge allegiance to our flag,” Obama said that “it makes no sense to expel talented young people who are, for all intents and purposes, Americans.”

However, Obama and other administration officials said Congress still needs to pass the DREAM Act and tackle immigration reform because the policy change in June was designed to address an immediate need, rather than be a permanent solution.

The change was part of a Department of Homeland Security effort to target resources at illegal immigrants who pose a serious threat, such as criminals and those trying to enter the country now, officials say. By halting deportations of younger immigrants who pose no threat, the department hopes to unclog a backlog of 300,000 immigration cases.

Wrong. : It’s not a good, good, and bad assessment. : It’s keeping the territorial integrity of the United States strong and honored. : It’s the core function of a state to monitor who comes in and who comes out. : This $465 bribe to keep ICE at bay is ignominious in the extreme.

Furthermore, as posted on Townhall.com on Aug. 3[4]rd, ICE agents are being reprimand for doing their job:

In early July,: The Washington Times: was already: reporting[5]: that the requirements were essentially being ignored. Making matters worse, top immigration officials recently came out saying that: criminals are being set free[6]: as DREAMers without question or charges, which only highlights the administration’s feigned interest in national security and public safety.

Now, agents are being: punished[7]: for following the requirements set forth in the directive.

The unidentified agent could face a three-day suspension after he arrested a 35-year-old illegal immigrant from Mexico who had as many as 10 traffic violations.

The agent was ordered by supervisors to release the individual because he was not a “priority target.” When the officer balked, he was threatened with a three-day suspension and the illegal alien was let go.

: Agents are bearing the unfortunate brunt of Washington politics and it’s taking its: toll[8]:“They’ve got their heads down,” Crane said, referring to ICE agents. “We feel like the administration is against us and not the people who are violating our laws.”

According to a survey conducted by bestplacestowork.org, ICE is ranked 222 out of 240 with a workplace score of 52.5.

Crane said he is not surprised.

“We can’t do anything anymore under these new guidelines,” he said.

It will soon be, if it’s not already, an agency in name only.