The media and liberal activists (I know, one and the same, right?) are pushing the claim that blacks are the victims in America today, but the truth is that blacks commit 25 times more violent assaults than whites do. The real criminal statistics is something that Al Sharpton and Barack Obama really don’t want America to know. 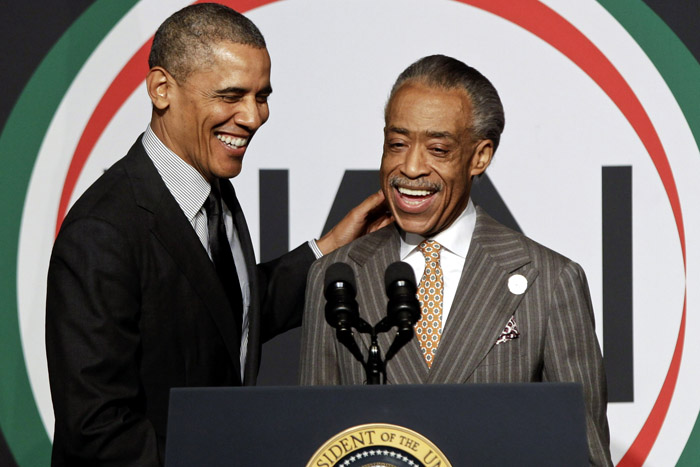 Here are the facts that race pimps like Obama, Sharpton and Jesse Jackson don’t want you to know… 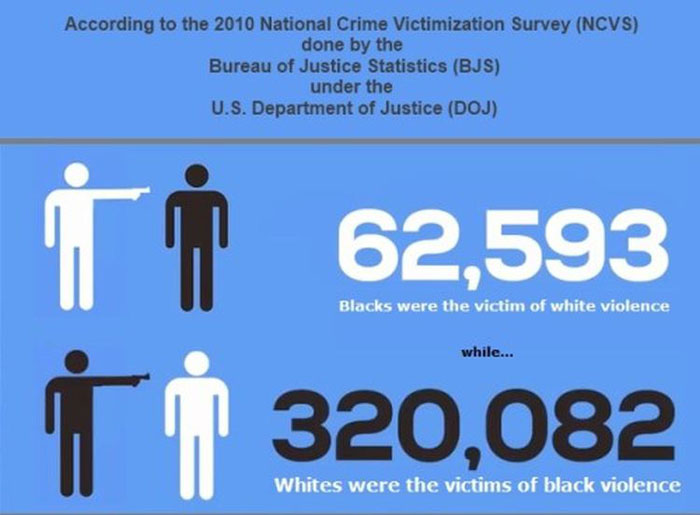 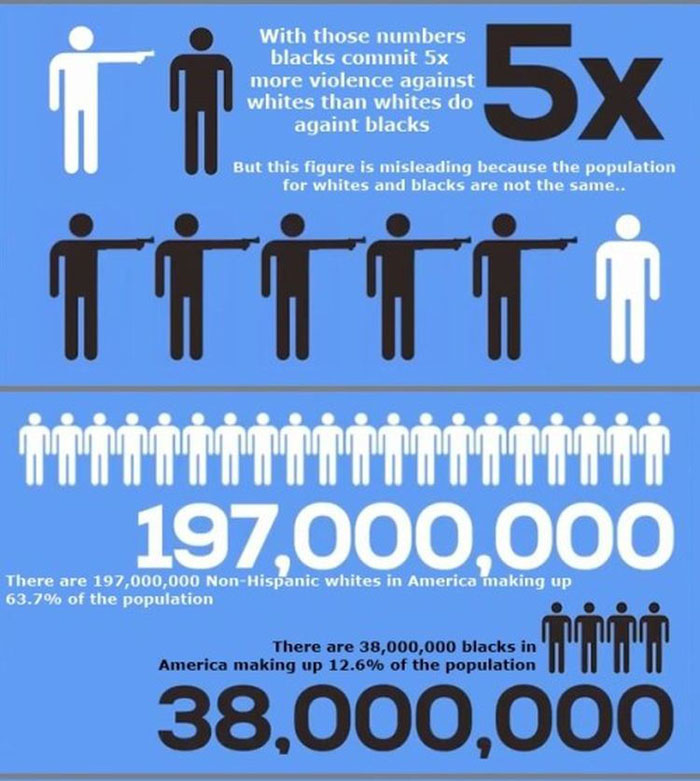 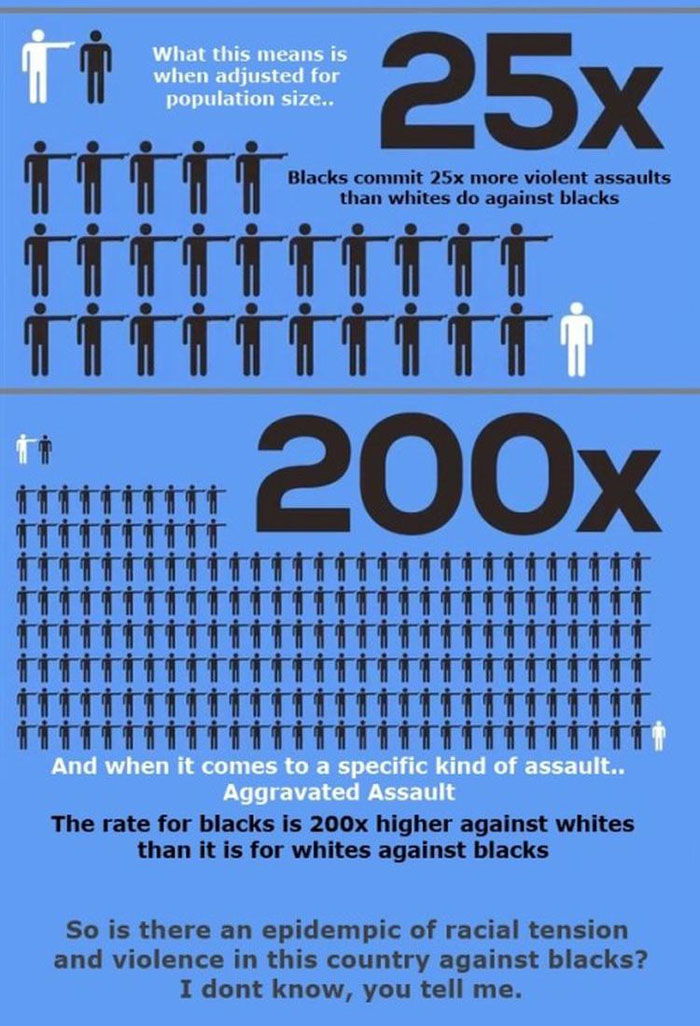 The truth is far, far different than the media and the left are telling you!