This is a startling letter. Fully 190 retired admirals and generals of the U.S. armed forces have stuck their necks out and signed onto a letter denouncing Obama’s terrible Iran nuke deal saying that the deal is dangerous and will hurt everyone in the world. 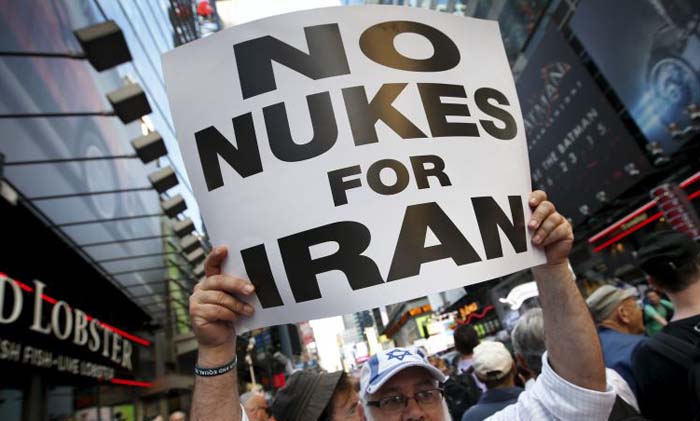 Saying, “this agreement will enable Iran to become far more dangerous, render the Mideast still more unstable and introduce new threats to American interests as well as our allies,” the generals and admirals say that the deal is bad and should be rejected completely. (Here is the letter[1])

Here is the full text of the letter:

Dear Representatives Boehner and Pelosi and Senators McConnell and Reid:

As you know, on July 14, 2015, the United States and five other nations announced that a Joint Comprehensive Plan of Action (JCPOA) has been reached with Iran to prevent it from developing nuclear weapons. In our judgment as former senior military officers, the agreement will not have that effect. Removing sanctions on Iran and releasing billions of dollars to its regime over the next ten years is inimical to the security of Israel and the Middle East. There is no credibility within JCPOA’s inspection process or the ability to snap back sanctions once lifted, should Iran violate the agreement. In this and other respects, the JCPOA would threaten the national security and vital interests of the United States and, therefore, should be disapproved by the Congress.

The agreement as constructed does not “cut off every pathway” for Iran to acquire nuclear weapons. To the contrary, it actually provides Iran with a legitimate path to doing that simply by abiding by the deal. JCPOA allows all the infrastructure the Iranians need for a nuclear bomb to be preserved and enhanced. Notably, Iran is allowed to: continue to enrich uranium; develop and test advanced centrifuges; and continue work on its Arak heavy-water plutonium reactor. Collectively, these concessions afford the Iranians, at worst, a ready breakout option and, at best, an incipient nuclear weapons capability a decade from now.

The agreement is unverifiable. Under the terms of the JCPOA and a secret side deal (to which the United States is not privy), the International Atomic Energy Agency (IAEA) will be responsible for inspections under such severe limitations as to prevent them from reliably detecting Iranian cheating. For example, if Iran and the inspectors are unable to reach an accommodation with respect to a given site, the result could be at least a 24-day delay in IAEA access. The agreement also requires inspectors to inform Iran in writing as to the basis for its concerns about an undeclared site, thus further delaying access. Most importantly, these inspections do not allow access to Iranian military facilities, the most likely location of their nuclear weapons development efforts. In the JCPOA process, there is substantial risk of U.S. intelligence being compromised, since the IAEA often relies on our sensitive data with respect to suspicious and/or prohibited activity.

While failing to assure prevention of Iran’s nuclear weapons development capabilities, the agreement provides by some estimates $150 billion dollars or more to Iran in the form of sanctions relief. As military officers, we find it unconscionable that such a windfall could be given to a regime that even the Obama administration has acknowledged will use a portion of such funds to continue to support terrorism in Israel, throughout the Middle East and globally, whether directly or through proxies. These actions will be made all the more deadly since the JCPOA will lift international embargoes on Iran’s access to advanced conventional weapons and ballistic missile technology.

In summary, this agreement will enable Iran to become far more dangerous, render the Mideast still more unstable and introduce new threats to American interests as well as our allies. In our professional opinion, far from being an alternative to war, the Joint Comprehensive Plan of Action makes it likely that the war the Iranian regime has waged against us since 1979 will continue, with far higher risks to our national security interests. Accordingly, we urge the Congress to reject this defective accord.