THIS Group is ‘The Most Hateful Group in America’: Meet the Black Group Worse Than the Westboro Baptists

Everyone knows that the Westboro “Baptist Church” is a hate group with its “God Hates Fags” signs and its protests on funerals of soldiers. But there is a black group that is far worse in how it interacts with people outside its hate-filled membership. 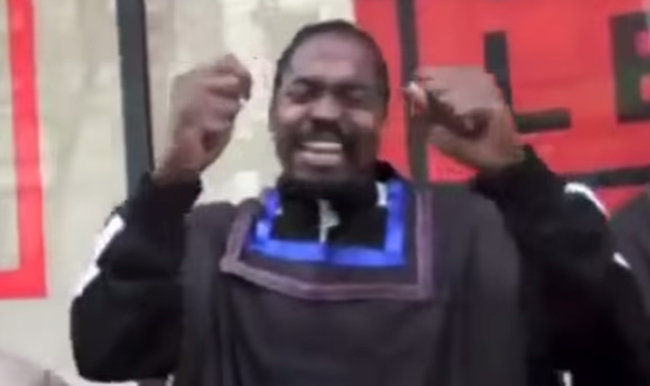 The so-called “Hebrew Israelite” group is far, far worse in the hate speech coming out of their foul mouths. These guys have to take the prize as more hateful than the Westboro idiots because, after all, the Westboro folks don’t usually engage in screaming matches with people on the streets, nor do they hit people like these creeps do.

Take a look at these two videos shot in San Francisco…

So, where are the news people to highlight this group’s hate-filled invective? These racists claim that they are preparing for a war[1] on white people.

These guys make the Westboro fools look like pikers.