To Eliminate ‘Racist’ US History, Nation of Islam Leader Wants to ‘Put The American Flag Down’

Nation of Islam leader Louis Farrakhan is going beyond the purge of the Confederate flag from American history. He wants the racist American Flag eliminated, too. 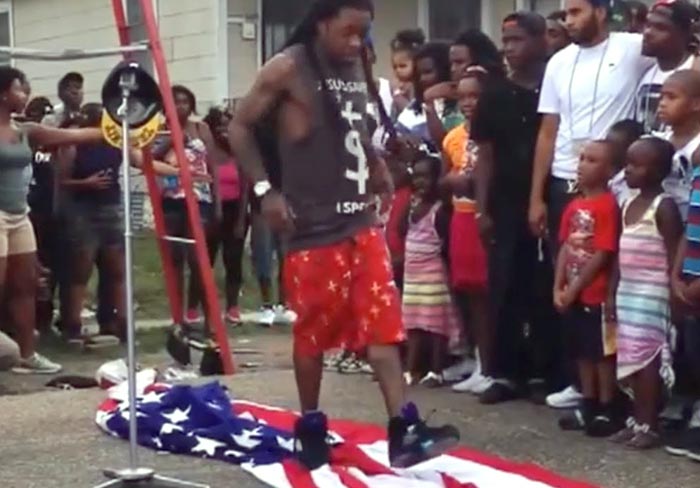 Many African Americans are crowing over their increasingly successful efforts to Stalinize US history by eliminating anything to do with the civil war–yeah, the war that won them their freedom.

But racist Louis Farrakhan wants to go even farther. He wants the American flag eliminated[1], too…

Now, let’s understand, in the logic of the left the US flag flew over “racism” for much longer than any Confederate flag. So with their logic the American flag is actually worse than the Confederate flag.