What Now Passes as Today’s “News” 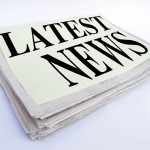 At first, by mentioning campaign ads from multiple candidacies, this article flirts with the idea of integrity. A flirtation which disappointingly dissolves in the face of the ‘mention the favorite candidate’s ad first’ sub-headline. Will “progressives” explain why there’s no outcry against Dylan Stableford for stating “Barack Obama has spent $63 million, a little less than half of his $136 million war chest”? Weren’t terms like “war chest” supposed to be off limits because using politically incorrect terms like “war chest” leads directly to the shooting of member of Congress? Or does that standard only apply when Conservatives use such terms? Is it now fair to conclude that all “progressives” are allowed to speak and write freely, fearing not the cost of using “inflammatory language”? Do First Amendment Rights now fully apply to all “progressives”, not just lousy comedians who donate millions of dollars to “progressive” election campaigns?

Kim Jascobs Walker wastes no time, plugging the phrase “Chris Christie again made headlines for losing his temper and insulting one of his constituents” into the first paragraph. Walker admits that the source, “Save Jersey” blogger Brian McGovern described constituent Bill Brown as “disrespectful”, but Walker makes no attempt to clarify whether Christie called Brown an idiot because of his question or because of a disrespectful approach. Walker criticizes Christie by alleging that “Any seasoned comedian could have handled a heckler better than Christie did”. One wonders, might Bill Maher be included among Walker’s comedians? Walker’s sojourn continues with the long espoused “progressive” slant that “Adults don’t really like it when politicians talk to them like they’re errant children.” Perhaps that statement explains why adult Conservatives don’t really like the way Obama, Reid and Pelosi speak to the nation’s Conservative majority. Walker continues: “Christie’s ‘because I said so’ attitude won’t play well with thinking people”, strongly indicating the “progressive” presumption that people who disagree with Christie think, while strongly implying that those who agree with Christie don’t. Walker concludes the final tirade with: “Christie needs to mature into a leader who can handle dissenting opinions before he sets his sights on the White House”. This statement reveals a key component of institutionalized “progressive” thought. In “progressive” minds, unless you’re willing to submit to their attempts to indoctrinate you to their philosophy, you’re closed minded. The possibility that you’re already familiar with their philosophy, have measured it against Conservative philosophy and decided to adhere to Conservative thinking seems beyond their comprehension.

Of course Robert Gibbs, a long time Obama adviser would describe the GOP race as “corrosive”. That’s as predictable as the sunset. Why is this a headline? That’s easy to answer. As a news headline displayed along with similar headlines, it subliminally reinforces the “progressive” narrative propagated daily by the “progressive” Party Pravda that the GOP is bad and the “progressive” left is good.

Next there’s the headline: Reid says Democrats should retain Senate

Naturally the current Senate Majority Leader predicts that after November’s election the Democratic Party will retain control of the Senate. Even if every poll under the sun showed numbers contradicting his view Reid would still state this view. Including this in the list of “headline news” is another clear example of the intent by the institutionalized “progressive” left to “nudge” undecided voters towards conclusions desired by George Soros and his myriad of puppets within the “progressive” Party and their cohorts in the “progressive” Party Pravda.

Pelosi Dreams of Rush Being ‘Advertiseless’. Is advertiseless even a word, or something that came to Pelosi in the midst of a botox induced hallucination?

Sunday Shows: Reid Says ‘I think Congress Looks Bad’. And Reid’s pulling every lever of power in the Senate to perpetuate that manufactured myth. BTW Senator Reid when is the Senate going to pass a budget?

Are you beginning to see the pattern here? Or shall we continue to flog this dead horse?