Despite the fact that it qualifies to rest in its best sellers list, The New York Times has conspired to keep Senator Ted Cruz’ biography off its rigged list and embarrasses itself with its stated “reasons.” 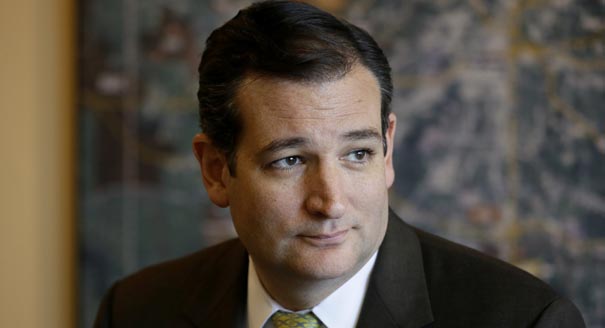 Cruz’ book, Ted Cruz, A Time For Truth Reigniting the Promise of America[1] has out sold 18 of the top 20 books on the Times best seller list. Yet Senator Cruz’ book is being snubbed. Why? Michael Dorstewitz has the scoop[2]:

Nielsen Bookscan reported that “A Time for Truth: Reigniting the Promise of America,” sold 11,854 hardcover copies. Compare that to Aziz Ansari’s “Modern Romance,” which is No. 2 on the list and has sold fewer than 10,000, and Ann Coulter’s “Adios America,” at No. 11, which has sold just over half as many as Cruz’s work, according to Politico.

Given the phenomenal sales figures, the book’s publisher, HarperCollins, wanted to know why — as do a lot of people. So it asked the Times.

“We have uniform standards that we apply to our bestseller list, which includes an analysis of book sales that goes beyond simply the number of books sold,” Times spokeswoman Eileen Murphy said. “This book didn’t meet that standard this week.”

When asked for specifics on the Times’ standards, Murphy replied: “Our goal is that the list reflect authentic best sellers, so we look at and analyze not just numbers but patterns of sales for every book.”

In other words, the Times refused to state why a book that has clearly out sold the others on its list isn’t on the list.

It’s just another example of leftists lying to the public and pushing their bias instead of the news.

It now appears that the Times is claiming that Cruz or his supporters have bought up large blocks of the book and that these purchases have illicitly driven up the number of book sales. Cruz categorically denies this.