MSNBC really is the worst cable news network on the air and the ratings continue to prove it. As MSNBC continues its headlong plunge downward, Fox News keeps growing. Heck, even CNN had its third good ratings period in a row. 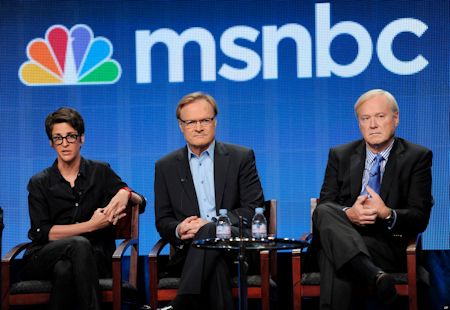 Fox News continued to dominate cable news experiencing a 10% growth in year over year ratings. Even CNN grew a bit after several years of decline.

It’s safe to say MSNBC has the least to brag about for this quarter.

Their press releases focused mostly on March 2015 ratings rather than the quarter, and this is likely why: For Q1 2015, MSNBC’s weekday primetime experienced a 45% decrease in key 25-54 demo viewership from Q1 2014. The network’s total daytime demo viewership declined 39% from Q1 2014. Additionally, a key program like The Rachel Maddow Show hit an all-time low in quarterly demo ratings since its Sept. 2008 launch.

Losing almost 40% is a BIG loss. Couldn’t happen to a more deserving group of bigots.