Trey Gowdy Has JOKES! All SMILES When He Drops MAJOR Truth Bomb ON Democrats! WATCH

Trey Gowdy is a class act[1] all the way. He had a brief interview with Fox News’ Dana Perino and she asked him how he thought President Trump did in his speech this week. In between saying that he thought the President did a good job, he inserted funny jabs at the Democrats. First he poked at Tim Scott and his age, then he said he felt confused at the speech because he thought it was a wedding with so many women dressed in white. Perino had pointed out that the Republicans stood and applauded approximately one hundred times while the Democrats sat on their hands and refused to acknowledge the President at all.

Perino also brought up paid family leave… an issue I don’t support. It is a liberal principle, but I’m not going to get everything I want. We’ll see how it shakes out. I personally would want this decided by businesses themselves. Then they discussed the executive order on the refugee freeze. Gowdy was very supportive of it. Finally, Perino brought up the Russian topic. He pretty much shot that one down and informed the left that there is no Special Prosecutor and that Jeff Sessions as head of the DOJ would have to handle the issue himself. The left is just trying to use Russia as a weapon and it won’t work. Then Gowdy was off to vote. 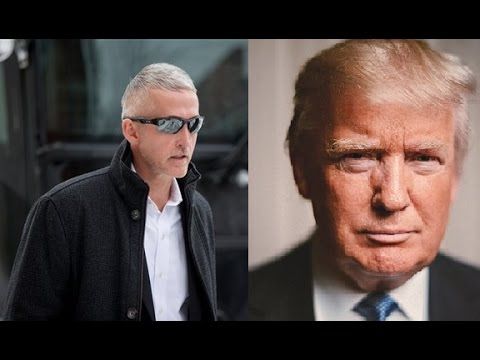 Trey Gowdy always has a way of expressing things perfectly.

Fox’s Dana Perino asked him what he thought of President Donald Trump’s speech, noting that the Democrats failed to stand or clap, while the Republicans stood some 100 times.

Gowdy took some joking shots first at his fellow member from South Carolina, Sen. Tim Scott, saying Scott was “getting too old” and having a hard time getting up and down anymore.

Scott is one of the younger members in Congress.

Gowdy then joked about Democrats all being dressed in white, “I thought I was at a wedding.”

Then he got down to brass tacks, commenting on Trump’s speech.

“His message was consistent on principle, with the platform he ran on but the tone was very persuausive, even conciliatory, and I think even his critics this morning, begrudgingly, are saying he did a good job.”

Overall, I would say Trey Gowdy is thrilled with President Trump’s speech and the way things are progressing in DC these days. I know he was considering retiring, but I think he will stick around now that sanity is somewhat restored there. He was all smiles and happiness during the interview.

President Trump’s speech was historic. It was simply brilliant and pitch perfect. It should scare the ever loving crap out of the Dems. Right now they are trying to nail Jeff Sessions on meeting with the Russian Ambassador. Except in the course of his Senatorial position, there was nothing wrong with that. The left wants to bring him down. It won’t happen and those like Trey Gowdy will be aggressively fighting for the Republicans all the way. The real joke here is the Democrats themselves and their stupid antics. Losers.