Liberals are big fans of using government force to accomplish their pet goals. Take Rep. Rosa DeLauro, who wants people to drink less soda, and plans on raising taxes in order to do it. 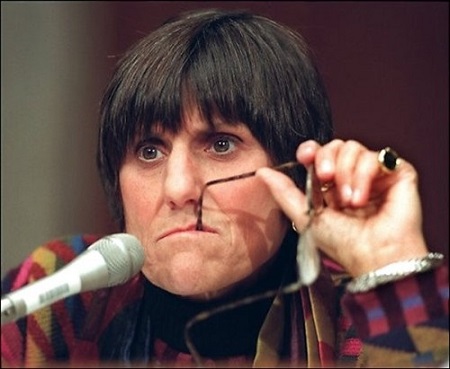 Rep. Rosa DeLauro (D-Conn.) introduced the Sugar-Sweetened Beverages Tax (SWEET Act) this week. A measure that aims to institute a tax of one cent per teaspoon — 4.2 grams — of sugar, high fructose corn syrup or caloric sweetener.

The measure (HB 5279), introduced Wednesday says, “A 20-ounce bottle of soda contains about 16 teaspoons of sugars. Yet, the American Heart Association recommends that Americans consume no 6 more than six to nine teaspoons of sugar per day.”

Even though the manufacturers’ of the sweet drinks are targeted to pay the tax, the text of the bill itself notes that the goal is to reduce public consumption through a price increase.

“This Act is intended to discourage excessive consumption of sugar-sweetened beverages by increasing the price of these products and by creating a dedicated revenue source for programs and research designed to reduce the human and economic costs of diabetes, obesity, dental caries, and other diet-related health conditions in priority populations,” the measure says.

Gosh, that sounds awfully similar to oppressive taxation forced upon Americans about two hundred years ago, huh? Tyrants have been using this tactic for centuries, using taxation and government power in order to force the little people to behave how people like DeLauro want us to behave. It’s sickening.