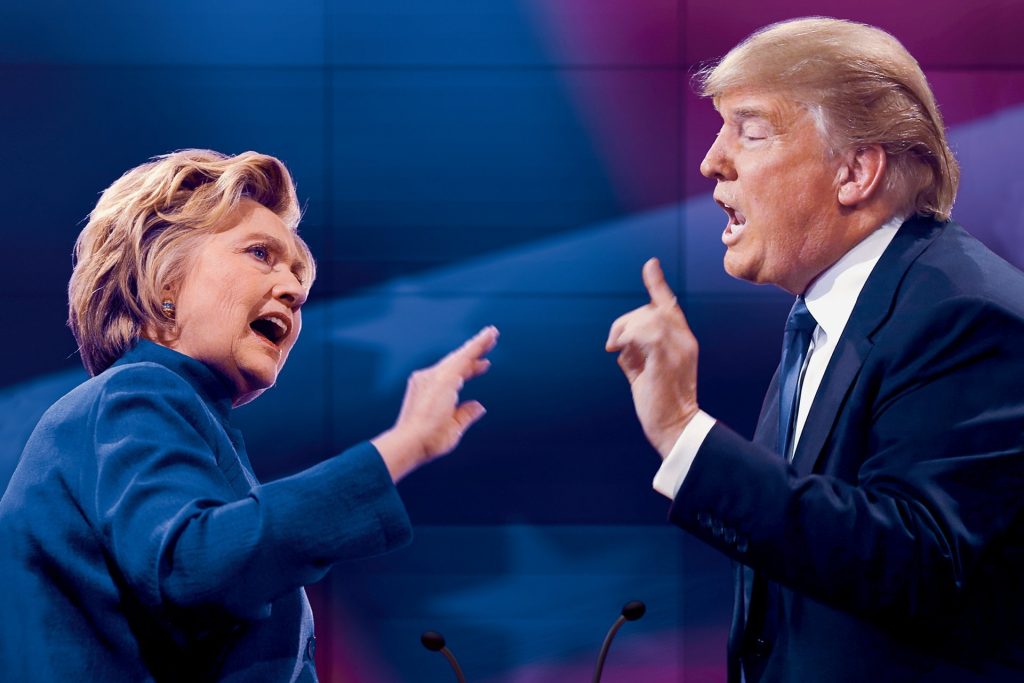 Today, Trump has been attacking the Justice Department, the Democratic National Committee, the FBI and the Clinton Crime Family, and now he’s going after Attorney General Jeff Sessions, saying that he’s not happy with Sessions, who has not been investigating the alleged crimes of the Democrats. This morning, before hopping on a plane to visit Pearl Harbor and then onto several Asian countries, he said:

“Honestly, they should be looking at the Democrats.”

We already covered part of his morning tweetstorm against the Democrats, focusing on Donna Brazile’s new accusations that the DNC was sold to Hillary Clinton[2] who stole the primary from Bernie Sanders.

Trump tweeted, “Crooked Hillary bought the DNC & then stole the Democratic Primary from Crazy Bernie!” and I fully agree: While I know Bernie was the socialist candidate, I thought that the election should’ve been between the two popular candidates, not the candidates that were decided on years ago by party insiders.

When asked about firing Sessions, Trump said that he didn’t know if he would do so if Sessions did not go out of his way to find Justice Department manpower to investigate the DNC connections. He did say that lots of people (including himself) were “disappointed in the Justice Department.”

In the last few days, between Donna Brazile’s news that the DNC had been put into debt by Barack Obama and then put on an allowance by the Hillary camp and the arrests made due to alleged Russian interference, there’s probably a bit of a backlog of work for the DOJ agents. One former Trump campaign consultant, George Papadopoulos, pleaded guilty to lying to the FBI, saying that yes, in fact he did try to get the Trump campaign to meet with some Russian influencers who claimed to have intelligence on the Clinton family. The Trumps, of course, refused and fired him.

In tweets, Trump said that the American public deserves a new federal investigation into the Clintons and the DNC, particularly over the joint fundraising deal they struck with each other that was cited as the cause for Bernie Sanders’ downfall in the party, despite it being clear that he was the more popular of the two frontrunners.

Back in August, Jeff Sessions was ordered to look into the “Department of Justice slush fund” that was supposedly making payments to leftist groups, and he has successfully put a stop to the payments with a department-wide memo that forbid every payment given out to third parties with very strict exceptions such as victim compensation[3].