Trump WON the Popular Vote Outside of California [VIDEO]

The numbers are in and numbers don’t lie. Although Hillary Clinton did out-poll Donald Trump by a clean 2.8 million votes on popular votes, she did LOSE by a much larger margin on the votes that actually count, that of the electoral votes. 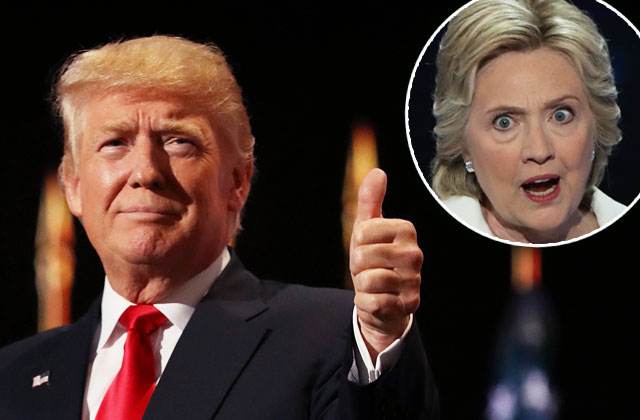 However, interestingly enough, the upper hand she held on the popular vote was due solely to…surprise, surprise, New York and California. Clinton took California by 4.2 million and New York by over 1.6 million. A ridiculous amount when combined coming in at a 5.8 million-vote advantage in just those two states on their own… This is more than twice the size of her overall count nationwide.

After the rest of the country was considered and numbers drawn up, she actually lost by 3 million votes when not counting New York or California.

This past Wednesday, Trump sent out a tweet regarding this very thing and suggested that the Electoral College system provides a more ‘difficult challenge’ than that of an election that relies only on a raw vote total.

‘Campaigning for votes under the Electoral College system is much more difficult, and different, than the popular vote,’ he wrote on Twitter at first.

‘Campaigning to win the Electoral College is much more difficult & sophisticated than the popular vote. Hillary focused on the wrong states!’

In a follow-up message to that, Trump also said:

‘I would have done even better in the election, if that is possible, if the winner was based on popular vote – but would campaign differently.’

‘I have not heard any of the pundits or commentators discussing the fact that I spent FAR LESS MONEY on the win than Hillary on the loss!’

Newt Gingrich, former House Speaker, SLAMMED liberals last Wednesday who insisted that Trump’s victory was an illegitimate one because more Americans voted for Clinton than not.

‘This is football season. A team can have more yards and lose the game. What matters is how many points you put on the board. The Electoral College is the points,’ he said on ‘Fox & Friends.’

‘Trump actually carried – in the 49 states outside of California, he had a 1.2 million vote majority. He got killed in California because he never campaigned there,’ Gingrich said.

He also said that there are some Democrats who will never get used to the idea of President Trump because from their standpoint he is terrifying to them.

Sorry…not sorry for your loss Liberals. Build a bridge, get over it…and move on.