Uh, Oh–Did Michelle Obama Just Hint that She Wants to Run for President?

First Lady Michelle Obama appeared on the David Letterman show last night and “joked” that she will be running for president in the near future. But was it really a joke? 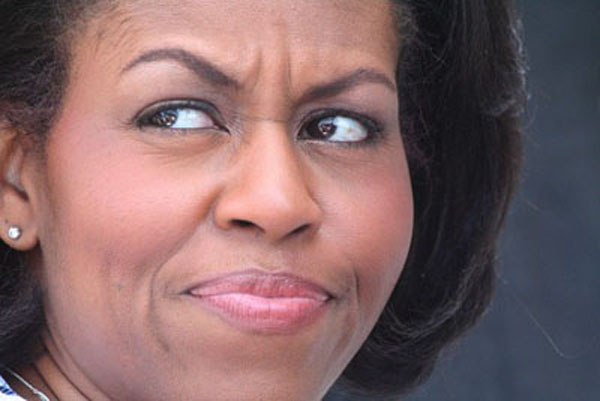 So, the woman who was never proud of her country, mean Michelle, wants to be president now?

If you can stomach watching, here is the video…

But Weekly Standard has a transcript[1]:

“And I know that your time at the White House, in a couple of years, same sort of thing,” Letterman continued after sharing a laugh. “You won’t be retiring though. But do you ever glimpse down that far down the road?”

Obama responded, “What, like when I’m going to be running for president or anything?”

“That’s something to consider,” Letterman said.