Unbelievable! DOJ WILL NOT Charge Lois Lerner – FBI Has Evidence, But Lynch Says No

So, let me get this straight…[1] the FBI has now said they have enough evidence to nail Lois Lerner’s sorry hide to the wall, but the DOJ, headed by Loretta Lynch, is saying nope. We’ll give her a pass. Figures… that’s justice for you. The DOJ is saying there is a lack of evidence, which is utter bull crap. Ask all the conservatives and Tea Party groups she went after. Look at the emails where she just out and said she was targeting them. The IRS acted as an enforcement arm of Obama’s White House to suppress the Tea Party movement. It was criminal. It was corrupt. Now it is being swept under the rug and they are just acting like it never happened. 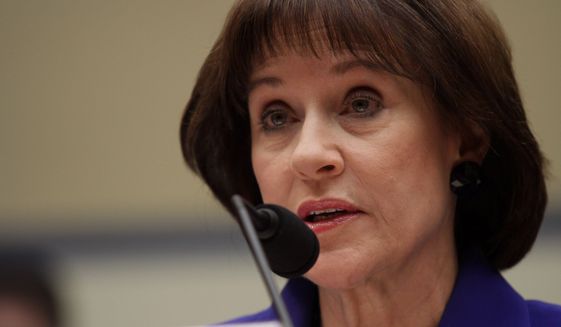 Federal prosecutors announced their decision Friday in a letter to members of Congress.

A firestorm erupted more than two years ago with an inspector general’s audit that said IRS agents had improperly singled out tea party and other conservative groups for extra scrutiny when they applied for tax-exempt status during the 2010 and 2012 elections.

The disclosure set off investigations by the Justice Department and multiple congressional committees.

The House voted to hold Lerner in contempt of Congress last year after she refused to answer questions at two House Oversight hearings. She has since retired.

The U.S. Department of Justice[3] informed lawmakers on Friday that its closing the two-year investigation into whether the IRS improperly targeted conservative groups. There will be no charges filed against ex-IRS employee Lois Lerner — or anyone else for that matter. In a letter obtained by CNN, Assistant Attorney General Peter Kadzik claimed the investigation found ”substantial evidence of mismanagement, poor judgment and institutional inertia leading to the belief by many tax-exempt applicants that the IRS targeted them based on their political viewpoints. But poor management is not a crime.” “We found no evidence that any IRS official acted based on political, discriminatory, corrupt, or other inappropriate motives that would support a criminal prosecution,” the letter added. No obstruction of justice charges for destroying hard drives and emails. No perjury for lying in front of Congress. Nothing. Hey America… does this look like justice to you?